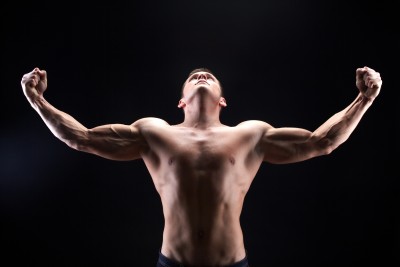 Women Want Power: In Men and Over Men

Women Want Power: In Men and Over Men Men and women want power. However, since man began men have had all the power. Only recently have women began to have a piece of that power. Over time this has caused an interesting adaption in women; since women could not take power for themselves, they could take it from the men that had it using their biggest weapon, their sex appeal.

Now that the world is changing and many women have actual power, the best way to get them is to show your personality traits that are forms of power or to show you have more power than them.

The things that women are attracted to are the qualities and actions that are powerful in some way. If you want to know if something you did or something about you is attractive to women, all you have to do is ask yourself: Is this a form of power? Women want power in the form of attractive qualities

I wrote a book called Understanding Sexual Attraction: What Makes A Woman Want You. In this book I mapped out all the things that are attractive to women. When I look back on it, most of these attractive qualities are forms of power. Here are some examples:

“Charm or Charisma” – Both are forms of power that are used to get what you want.

“Height or muscles” – These are forms of physical power.

“Fearlessness” – A form of power over yourself and the world around you that lets you do anything you want.

“Dominance” – One of the purest forms of power in a personality characteristic.

“Fame” – A power over the masses of the world.

“Confidence” – Power over yourself.

“Intelligence” – The ability to able to succeed and do what you want in the world using your brain. Now on the other hand, look at the things that are unattractive to women. You will find that all of these are the opposites of power; they are powerlessness or weakness.

“Poverty” – You are now governed by necessity and can no longer do what you want. Powerlessness.

“Socially awkward” – Unable to get what you want out of social situations and furthermore… people.

“Short or scrawny” – Physical forms of weakness or powerlessness.

“Fearful” – Powerless to change things in the world around you because of your fear.

“Submissive” – It is literally a personality trait that describes people that give away their power easily.

“unintelligent” – A weakness that keeps you from doing what you want.

As you can see you can use the concept of power to see what things are attractive to women. There will be exceptions to this, but those exceptions are not common.

“But 20 I have seen poor guys or short guys get beautiful women.” Having weaknesses won’t make it impossible for you to succeed because women see men as an accumulation of these traits. The more powerful you seem overall, the more attractive you will be to her.

“I just told my girlfriend I’m madly in love with her before she has even mentioned it. Is this bad?”

Well, is it a form of power? – No, it’s a form of giving her power over you, which effectively made you less attractive.

“I just called my girlfriend 30 times because I think she’s ignoring me. Is this bad?”

Is it a form of power? – No, it’s a form of neediness. By being needy you are giving her power over you.

“My girlfriend wanted me to stop going out and drinking with my friends. She said that if I continued like that she didn’t want to be with me. I told her goodbye. Is this bad?”

Is it a form of power? Yes, she used an ultimatum to try to  control you and you took that power away from her. It was the powerful thing to do and she will come crawling back to you within a week.

“I respond slowly and I send four messages for every five messages that this girl I like sends to me. Is this bad?”

Is it a form of power? Yes, you are being aloof and not needy. It is actually making her needy. However, overdoing aloof can work against you because it can prick her pride or make her think you are not interested. Still… being aloof in your messages will cause nothing but attraction in her.

Now that you understand how to relate different things to power you can use it in the moment while in an interaction with a girl. In fact, you can even use this with body language, as powerful body language movements are most attractive to women. All 9 laws from my book The 9 Laws of Attractive Body Language for Men are demonstrations of powerful body language. Women want power in the form of conquering a powerful man

All women want the ability to exercise their will over men because for thousands of years they have used this as their own form of power. You will notice that in most love stories and romance novels that the handsome guy in the story starts out very powerful and hard to control, and as the story goes along these powerful men fall madly in love with her and do whatever they possibly can to win her over. She effectively uses her sex appeal and charm to get control over the attractive man of the story.

Then, she finally accepts them and they all live happily ever… right?

“If you want a happy ending, that depends, of course, on where you stop your story.”

The movie ends there and what they don’t tell you is that the man then becomes much more boring to the girl. She may continue to exercise her power over the guy, but the extremely high attraction she had for that powerful “un-tamable” man is just a memory. She has taken most of the power from him. He may be alpha enough to continue the relationship on his power type characteristics, but those characteristics usually vanish at the end of these stories.

There is only one way to keep a woman’s attraction for you sky high:

Woman want power, but what makes them truly happy is when you use that power to exercise dominance over them

As usual, women have no idea what they really want. What they really want is to be dominated by those men with powerful characteristics, but it won’t stop them from constantly trying to take the power from that man (girls will try this with things called ‘shit tests’). The reason passing shit tests is so sexy to a girl is because you are exercising power over her. You are being the dominant male that every woman secretly yearns for.

Don’t give up your power in a relationship with a girl. Not only will it eventually make her unhappy, it will make you unhappy in the process. It is not as nature intended. If you want yourself and your girl to be happy, you must exercise your power over her. Don’t give her that power because the moment you do, you will give her a moment of climactic satisfaction, followed by an extreme drop in her attraction towards you. Women want power in all forms; they want a man that is powerful or that has a lot of powerful characteristics, they want to try to take that power from that man, and they want to fail.