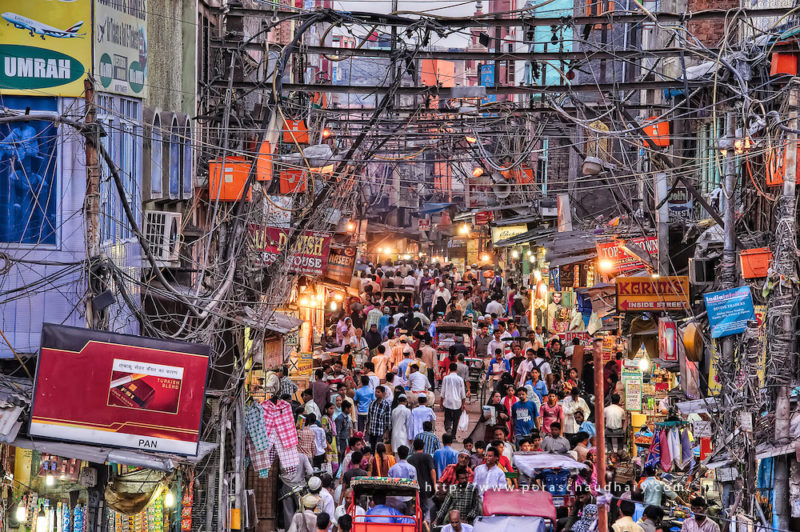 I’ve been traveling all over India, I celebrated the Holi festival, I had to bribe some cops for public drinking and I met this wild Delhi girl. It’s been an eventful week.

The week before I did tourism in Jaipur. It was a great travel experience but I don’t recommend the region to seduce Indian girls. The city doesn’t offer much nightlife options nor much online action.

I had a date with a girl from Tinder there but like my date in Chennai, I quickly realised a SDL (Same Date Lay) was not gonna happen. The girl was really conservative and had a curfew to go back to her family.

The contrast with Delhi is considerable. The city looks more clean and the girls seem much more liberal. I had pipelined several Delhi girls and set up a date with the cutest one for the day I arrived.

She proposed to take me to a local place she knew in Delhi. This sounded great so I met her at the metro station. She looked great, big luscious hair and dressed in a Western way. The walk from the metro stop to that bar she knew must have been the most Indian situation ever. The streets were packed with motorbikes, rickshaws, cars, goats, cows, stray dogs and homeless people; pure chaos. We got to the bar, it was dark and it had loud music, people were drinking big towers of beer and some were smoking shisha.

“Let’s start with a shot of tequila”, she said.

I was so relieved this Delhi girl was cool and down for drinks, a very good sign. We slammed down the shots and then ordered shisha and a tower of Kingfisher extra strong beer (8%). This was a really fun date. She had traveled a lot herself and we exchanged our travel stories. I wasn’t sure if it was customary to make out in public since I hadn’t seen anyone do it here before, but she was sending all the signals.

I told her about my shisha trick (patent pending) where I transfer smoke from my mouth to hers. This quickly transitioned into kissing and we started making out in the bar. In fact she wasn’t shy at all to kiss in public. Some local guys tried to intervene by asking her and me to dance, but the date progressed well.

After the beer I took her home. We were both feeling the beers and tequila and I almost messed up the date because I couldn’t find my apartment anymore. Luckily I remembered the name of a hotel I saw nearby and from there I was able to backtrack to my place.

Once in my place we went straight to my bedroom and made out on the bed. But then my girl’s mom started calling her non-stop to check if she was fine. While she was on the phone I continued to feel up her body. She had a great firm body and I was surprised she had a big round booty and big tits.

I couldn’t resist anymore and I got naked myself and put her hand on my dick. She immediately cut off the conversation with her mom and undressed herself. I turned her around and started fucking her. Her phone kept ringing but she put we ignored it.

I smashed her a few times. She was wild. It was great drunken sex. After she came to her senses again, she checked her phone again. Now she was getting phone calls from friends as well. The mom got so worried she had started to contact her friends. This freak her out a bit and she started calling all of them to tell her she was fine.

Wouldn’t have mind to smash a few more times, but it was time for her to go home.

A great first introduction to Delhi girls was great.

For more stories on India, check the India thread on the STW forum.