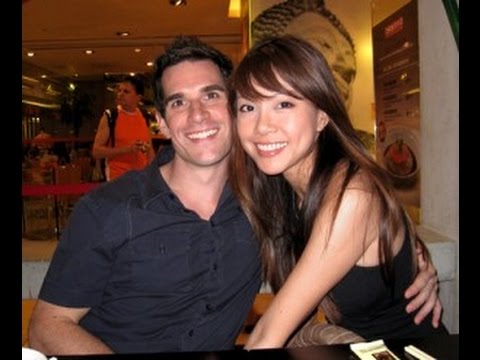 As most of you know, I’m currently writing my book on my trip to South East Asia. This last month, locked away in my apartment, I’ve been reliving my trip to SEA. It was incredible and it made me want to know the exact reasons why Asian girls love white guys so much.

The title of this article is 7 Reasons Why Asian Girls Love White Guys, not 7 Reasons that Why Asian Girls ONLY Love White guys. I have seen black guys, Latin guys, Middle Eastern guys and other Asian guys clean up Asian girls. Still, in my experience, Asian girls prefer white guys. The following list is based on my experiences with Asian women in the United States, traveling the world and especially, South East Asia.

I saw girls do insane things to keep from getting tan (like covering every inch of their body in clothing in tropical weather). Skin whitening is more common in Asia than anywhere else in the world. It’s just the way they view beauty and that gives white guys an advantage.

Every guy who is honest with himself understands that height is attractive to women, Asian women are no exception. White people are the tallest race on the planet, Asians are the shortest, this creates a lot of attraction all by itself. White people aren’t the only race that benefit from height. Compared to Asians, most races are tall. This attraction to height is deeply instinctual and is a reason that Asian girls love white guys.

Interestingly enough, a tip for short guys is to go to Asia. If you are short in the West, you are probably tall or at least average in most Asian countries.

I asked one of these groupies once “So why aren’t you chasing after black guys?” She responded “They are too big!” In my experience, Asian girls have the smallest vaginas by far of any race. So, I imagine that some Asian women love white guys the same way some white women love black guys. And just like with black guys, it can also be a negative when the girl can’t have sex without it hurting her.

Watching Hollywood movies and getting a crush on an actor

Hollywood movies have reached all corners of the planet. Asian girls grow up watching American movies get huge crushes on actors. In some countries, they go their whole lives with very little interaction with white guys, so when they finally do meet a white guy, it brings them back to their crush. Black guys get the same affect in Asia with girls who grew up loving rap.

Bonus Reason: This reason is only for Philippines, but according to a Philippina I slept with once, a very high percentage of celebrities in the Philippines are mixed white This is a reason you have to watch out for Pinay women trying to get pregnant.

Another reason why Asian women love white guys, in SEA at least, is money. When you go to South East Asia, you are most likely rich compared to the locals. Women are attracted to men with money everywhere on the planet. When women in many Asian countries see a white guy they immediately assume he has money. This doesn’t just help white guys, but all Western guys, black, white, brown, or yellow.

This is one I don’t understand and I assume it changes from culture, but Asian cultures obsess about big, colored eyes. I don’t understand it because the natural slanted Asian eyes can be stunning to look at..But in Asia there are common surgeries to open up eyes and also to get colored eyes. I’ve actually had experiences where girls were disappointed that I had brown eyes (still got the bang though ;)). These big and colored eyes are generally features of people with European ancestry so naturally, it makes Asian girls love white guys.

I don’t know if this is the case in East Asia, but in SEA flat noses were seen as unattractive. There is a story THC loves to tell from Indonesia. While traveling and coming across pregnant women, it was common that they would ask him to touch their bellies. Why? “So that my child will have a nose like you.”

Growing up, I always thought having a protruding nose was less attractive, but not in Asia (or Latin America). I assume that it’s because a lot of these places were conquered by the Spanish, who are famous for their long noses.

Within the next 3 weeks, you can experience the power a white guy had in Asia first hand. My book on my first trip to South East Asia should tell you if SEA is a place you want to travel. Until the book comes out, check out my other 6 books (that you can get for 60% off if you buy them together for 27.99$). THC and I are going to be doing a big Asia tour this winter as well, so stay tuned!