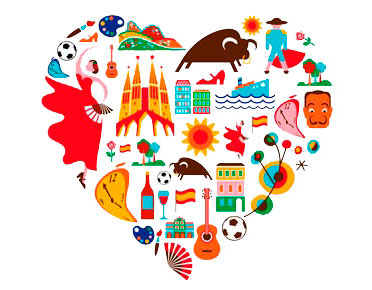 A lighthearted post today. When you travel the world and live in different countries for an extended time, you come across different customs, cultures and habits. I find the little things that are different the most interesting.

So here’s some quirks I noticed from different countries.

In Colombia they sell most milk in bags. They have the cartons too, but sometimes you have to look for them. The bags aren’t practical at all, but apparently it’s supposed to keep the milk fresh for a longer time.

In the Philippines, people point by pouting their lips in that direction.

Thai people show respect whenever they pass a temple or a shrine. This might not sound so surprising but you’ll notice it at unexpected moments as well. Like when a bar girl will greet the little shrine in the strip club after shooting pingpong balls from her vagina (yes, they have shrines inside the strip bars).

In Indonesia, if you’re white, you’ll get a lot of attention from the locals. Especially in second tier cities. Many Indonesians have flat noses and they admire the big caucasian noses. To the point that some pregnant women will walk up to you and ask you to rub their pregnant bellies. They believing it may cause the baby to have a beautiful nose just like you.

Brazilians are famous for knowing how to party and dance. The girls’ dance moves can get very sexual. Especially when they are playing “funk” (a type of Brazilian reggaeton). One of these dance moves is just squatting on the dance floor and moving their hips whilst sitting down. One night when I was out in Rio, suddenly the club looked half empty. Nearly every girl was doing this squat move to a specific song.

To get an idea of this music style and the dance moves, check the video below. If you’ve never been in Brazil, it may sound horrible; it’s an acquired taste.

DR girls take the weirdest pictures for their Facebook or online dating profiles. There are two categories. One is where they show their asses in a not-so-subtle way: slightly bent-over and while looking back over their shoulders at the camera. The second one, I never figured out; they squat down next to objects in their house, like a plant, a painting or even an electrical outlet. Example below. I count it as a favela point.

In Myanmar it’s considered to be attractive when girls put yellowish tree bark paste on their face. They call it “Tanaka”. While some girls draw pretty patterns on their faces, this appears to be completely optional. Most girls just slap two yellow stains on their cheeks and are set for the day.

Noticing these kind of small differences, is why I love traveling. You can never get these experiences and observations by reading, watching pictures or YouTube videos, etc. You have to actually be in a country to get to know the little things.

What are some the cultural quirks you experienced in a country or while traveling? I really find these interesting. Share them in the comments!