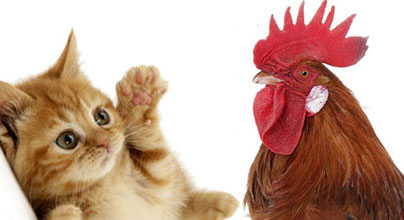 The power shift after sex

After a small hiatus to focus on my upcoming book and sports, I’ve been dating a lot in the Dominican Republic. These series of dates recomfirmed my motto:

Because after sex there’s a shift in power, from the woman to the man, from the pussy to the cock.

But whilst the ones I have smashed were totally in my pocket afterwards -they are chasing me, texting and calling to see me again, sending me sexy pictures etc.- the ones I didn’t close, were still playing hard to get.

“What kind of relationship are you looking for? I’m looking for a nice and honest guy”

This is the girl from earlier this week, read the full story here. I got her in my room, she’s claiming she doesn’t want sex. But my game is strong and I see through her words and listen only to her actions, I get the lay.

Ever since, I’ve been getting texts from her daily. Moreoever, she has completely turned around on her attitude.

She was a shy girl and I already got laid that day, so I took it easy. We were making out on my bed and ran into the usual LMR, but I got a little bit lazy and I thought to myself “I won’t push too hard this time… I’ll get it next time”.

She assumed power because she hadn’t put out and she stepped up her “hard to get” game.

Bella: “Last time you wanted sex with me.” (like it’s an accusation!)
THC: “That’s normal, isn’t it”
Bella: “Yes, but I need time, I only want serious relationships.”
THC: “Snooze.”

I’m sure that if I had put in the effort in my LMR game and had gotten the lay, she would not be mentioning relationships and she would have all the time in the world to see me again.

Sex? No. Power shifted? No.

After sex there’s a power shifts from the woman to the man, from the pussy to the cock.

I think it is time for another “Women: Eyeroll” moment.

Action: You go AGAINST everything they TELL you (“I don’t want sex soon”, “I only want serious relationships” etc.), you put in good game, you work hard on your LMR disable techniques, you push hard for sex and you get the lay anyway.

Result: They reward you with love and attention, they make time for you and respond to your messages, they want to see you again as soon a possible.

Now consider the other scenario.

Action: You either (god forbid) ‘LISTEN’ to a woman and don’t escalate enough sexually, or you don’t get the lay for another reason…  (So that’s in line with what she SAID she wants, right?)

Result: “I’m gonna make you wait for sex, I’m going to be unavailable for you, not show you respect and first you’ll have to prove how much you like me!”

Well women being illogical doesn’t exactly come as a surprise. But usually human behaviour can be explained if you reason about it in an evolutionary perspective.

What’s behind this shift of power after sex?

This is enough material for another post, a book even, but I’ll just brush over it. Both males and females want to spread their genes. Males can in theory impregnate nearly limitless females, there is no biological constraint on the male, only the number of females available to him. Females are more restricted biologically, they can get pregnant by only one guy and they are pregnant during 9 months.

That is why females have evolved to be more selective for their mating partners.

If a male impregnates a female of inferior genetics, he can just bounce and find a better mate. Males still want the best genetics to guarantee succesful offspring, but they do not need the same level of selectiveness as females.

For a female getting pregnant is a dangerous event, she will be vulnerable during a couple of months, needs to require more resources and she can suffer from complications giving birth. If a female gets impregnated by a male with inferior genetics, she is paying a high price for taking these risks.

Nowadays all of this is of course well hidden behind a cultural layer. But these basic biological qualities are still hidden behind this layer and they can help us understand some current behavioral observations.

Before sex, then man is chasing the girl, he is competing with other men that also want her. She has the power. She will select the man that is worthy and therefore test him for his worth, she does this both conciously and subconsiously. The man displays his worthiness to her through his physique, skills, social status, etc. A lot of elements in game are about passing her tests and triggering the right switches to make her feel attracted to you.

If she’s a high value woman, this power before sex is not to be underestimated. Especially over men with no game, whom are basically clueless as to what is going on. She can make these men jump through hoops, make them spend resources on her, do things for her, even putting themselves in danger for her, all for the prospect of mating with her.

The more clueless the male, the longer she can hold off sex and the more she can get that man to spend. It’s like dangling a carrot in front of a donkey to get it to walk.

But after sex this power evaporates.

Why? Well behind the cultural layer, the deeper evolutionary layer, having sex with a man could mean she got pregnant. That means the female’s objectives have now shifted from finding thebest available genetic code to finding a companion. If pregnant, shortly she will be vulnerable and she will require more resources (food and protection). It is therefore in her best interest to try and get the male to stick around.

She will try to do this in the form of a “relationship”, a bound between her and the man. So after sex, it is the female that will have to reassure the man is likely to stay with her, the female is now chasing the male. He has the power. These are evolutionary observations and they are of course not the only factors in the equation, but it does provide a way of thinking that helps explain even current observations about both male and female behavior.

So that’s great and all, but what do we do with this?

Well, I missed out on some great girls by stepping down my game even momentarily. So I got confronted again with the importance of the following 2 things:

1. The importance to push for SNL (Same Night Lay)

It’s important to ALWAYS escalate sexually as much as possible and always try to go for the SNL (read the warning at the end of this post).

Like in chess, you cannot neglect your end game. You have done your opening great,  you have succesfully completed the mid game. Now the queen and the rooks are of the board and you better know how to finish the game. Do not neglect your LMR-skills! You have come so far, but you can still lose the girl at this critical moment. With solid LMR skills you will be able to take that last and difficult hurdle and create the power shift after sex, after that she’ll be yours.

Over the last year I have learned a lot about LMR and I have developed a way to bust through even the roughest LMR using different techniques. I’m collecting all this knowledge in the ultimate LMR busting manual and I will keep you guys posted when it’s ready.

Warning: I want to stress that you should not misinterpret the content of this post as in thinking that every woman you go on a date with by default wants sex with you and you just have to take it, that’s ridiculous. Far from it. But with game you can create the attraction and comfort she needs to feel so she DOES want it, and then with LMR-techniques you will be able to strike the iron when it’s hot.