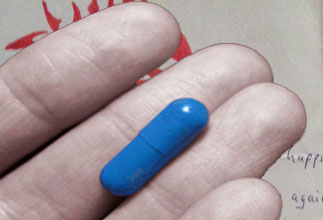 The nature of women: a red pill vs. blue pill approach to the same girl

I’m meeting up with a girl for coffee at a high end shopping mall in center Jakarta. I was a bit late; as I walk in I see an absolute stunning girl waiting at a table.  I had met her online and she looked pretty hot from her profile picture, but she was a lot hotter in person.

From the moment I sat down and we exchanged the first words, I knew I had to step up my game. This was a girl that knew her value and I could tell she was used to guys jumping through hoops for her. Shit tests were firing off from the get-go.

Stepping up your game in this context means:

This is not a casual conversation, it’s almost like a game of chess, a battle of shit tests versus witty replies, teasing her and calling her out on bullshit. Slowly I gained ground, her body language changed and she was stepping down from her pedestal. I passed her shit tests and I my frame was stronger.

She was now starting to comply to my frame in stead of the other way around.

I couldn’t let my guards down just yet. It’s only after sex the true shift of power takes place. Since she really had a princess attitude I did not tone it down on busting her chops. She’d continue fighting back by trying to take the lead or making me do stuff for her, but the more she got shot down, the more interested and flirty she became. I changed venues with her and started amping up the kino (but not in a supplicant way).

“Hmm, this guy is different then the others.” I had become her challenge.

This went on for a while, but I really enjoyed the process. I saw her breaking down and I had fun making jokes about her. The bitchy girl from earlier had now transformed in a giggling girl, slapping my arm “oh I can’t believe you just said that”.

I didn’t get the same night lay (SNL) but I met her the day after at my place and smashed her with neglectable LMR.

While we were chilling out, I enjoy the after glow cause she was smoking, she gets a phone call from her brother:

“There’s a guy in our garden in a suit… He has flowers for you.”

It’s her ex-boyfriend, also a white guy. That poor guy. He had put on his best suit and was waiting at night in front of her door, trying the ultimate romantic gesture to win her back.

Of course she didn’t go home and the brother sent him away. But he had left her a letter. A letter she would later read for me and pretentiously throw in the  trash.

I took that letter as didactic material (click to enlarge):

I hope these words find you in happiness

My mind has changed about you again after speaking to you over the phone.

The overwhelming paralyzing sadness is no more dominant. You have been activating extreme one-pointed concentrenration, analytical chills and especially heroic wrathful courage.

Today I was repeatedly so concentrated on wishing that you utterly lose your anger and instead feel powerful genuine affection for me that some parts of my brain were vibrating and tickling!

I’ve much more to offer and I want to offer much more than just sweet gentle words! I am willing to go through many difficult and also dangerous challenges which would make you give me the previlage to hold your hand!

I don’t care how much vigo, courage and also tenderness you demand me to demonstrate in order to please you! I wish to do it for you!

The nature of women

Why am I sharing this with you? Not to make fun of it. We all had to learn the hard way and I want you to learn from this.

Learn about the nature of women and the power of game.

This was the same girl, one time approached with game in a very counter-intuitive manner: Not doing what she asks (almost doing the opposite), not taking her seriously for a second, busting her chops, saying seemingly rude things.

Result? One of the sweetest girls I have dated on during my trip. She was very caring around me and really fun to hang out with. She’d help me out, drive me around to show her city, help me find a place to stay, sending me cute little love notes and  folding the bed sheets after sex.

Another time this same girl was approached without game. This guy was listening to what she said, taking her seriously, doing things for her, trying to please her.

Result? She ate him up alive. She consumed him. Made him dance around like a puppet to her every wish until she got bored with him, she lost interest and despiced him. The fact that she’s sharing this private letter comes to show how little respect she had left for this poor guy.

Is this a bad girl? No… she’s actually a really cool girl. But this, my friends, is the nature of women.

You cannot really blame the guy, he was doing what he thought was right. And it would make sense from his point of view… That is what she asked from him and now he was offering a multitude of that to win her back, simple logic right?

But this is not the way it works with women. And we all have to find out the hard way. I have also learned with trial and error what works and what doesn’t.

If you give women the upper hand, if you give them power, they will SEIZE it and they will use to the full extend. And once they have all the power or too much power, they will lose interest and resent you for giving them what they asked for in the first place.

I think this example demonstrates the power of frame control & game.

So learn from this guy’s mistake, learn from ours and keep learning from your own!