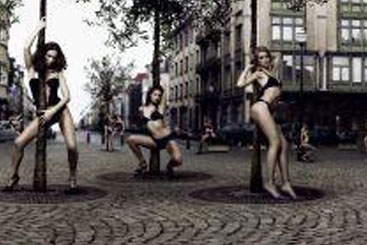 The Nature of Sluts and How to Make Them Loyal

I republished this post, as it’s a compliment to my last post, How to Use Sex: Understanding the Fundamentals of Frame and Achieving Greater Alpha.

All women the world over are the same they just have varying degrees of sluttiness.

I firmly believe that you can make any slut loyal to you. The only issue is the length of time you can be away before she bangs another guy. I think even with the most hard core sluts, that can be a week or more.  This is just reality.  No girl will remain loyal to you forever in your absence.

The result is a weak minded person and so it’s no surprise that rather than doing something of merit, they take the easy way out in search of self worth by trying to be sexy.  This dynamic causes an almost inexhaustible need for male attention/validation also known as attention whoring.

It doesn’t matter who the girl is, they all have Daddy issues, whether from Abandonment to Hero Worship, they are relating to men through the prism of their father’s presence (or lack thereof).

There are several different types of sluts, and knowing which one you are dealing with should allow you to tailor an interaction that will cause her to be loyal to you.  Though this list is not comprehensive, there are 4 basic sluts.

The Average or Below Slut (In Looks 5 or less)

This slut hangs around with her hotter friends and is a total fucking bitch or overly nice.  She is either going to cockblock you (under the guise of just looking out for her friends but really it’s out of spitefulness) or she is hoping to get the leftovers of what her friends don’t get.  Drunk guys hit on her so she probably does have an inflated sense of her attraction level.

This girl is not worth fucking.  Forget it.  Use her to capture the interest of other girls around.  Chances are she is the mother hen and will try and cockblock you.  Just win her over to your side by being engaging and including her occasionally.  Isolate the girl you like from her as soon as possible.  She resents you simply because you want nothing to do with her.

This slut is probably between a 6 and a 7.5 in looks.  She’s horribly insecure and get’s off on turning down men who make advances towards her because she feels as though it makes her hotter than she actually is.  She shamelessly takes selfies in sexy poses and posts them on Facebook and Instagram. The one where she takes a photo of herself sitting in the car and says “I’m at so and so, can’t wait for dinner” even though all you see is her looking attractive…IN THE CAR.  This girl has been pumped and dumped many times and is now trying to “stand up” for herself even though she is the cause of her own situation.

This girl responds to one thing and one thing only, a STRONG FRAME.  Nothing gets her more turned on than a guy that is barely interested because she interprets that behavior as him having higher value than her.  She wants this guy to be attracted to her and will go out of her way to make him find her so.  If at any time you act as though you like her more than she likes you, it’s off.  She doesn’t like herself so she will think something is wrong with you.  Being aloof but not overly so is the way to capture her initial interest, turn things sexual with her as soon as possible by touching.  Make sure to never call her again after you bang her unless you want her to be a regular in your harem.

This girl is an 8 or above but she’s so narcissistic, the looks in the mirror and sees flaws where there are none, thinks certain features that are unique are defects, or she is not classically pretty.  It’s really a shame because under what should be normal circumstances, this is the type of girl you’d want to date, but because of variables with the fragile female psyche, she is now just a girl that’s unhappy.  The truth is, this girl WOULD be happy if she were in a classic gender role taking care of an alpha male.  Alas, she listens to her less attractive and painfully unsuccessful friends because she’s the type of person to follow the advice from the last person she spoke to.

This girl is probably easier to bang than the almost hot slut because while she knows she is hotter than most, she isn’t getting off on rejecting guys.  She will politely refuse them.  The way to engage them is to talk to them without pedastalizing them.  Acting aloof  will more than likely be mirrored so being engaging and charming without tossing out a bunch of compliments is the way to go.  She will start qualifying herself if you have properly asserted your higher value.

This girl has casual sex with anyone she’s attracted to.  She can be almost anywhere on the 1-10 scale. She has a guy’s mentality when it comes to sex and sees nothing wrong with sleeping around.  She has also very rarely been with anyone that has made a lasting impression.  To her, sex is about being dirty and getting pleasure.  She is otherwise fairly confident and has value other than her sexual attractiveness.

Don’t be a pussy about talking to her.  This girl responds to direct game and likes confidence with provocative intentions.  Compliments with her are received as neutral, you should show your attraction with body language and touching.  Once you’ve got her attention, it’s a matter of fuckup avoidance game.  Get her out of whatever venue you met her in as soon as possible because someone may catch her eye.

How to Make Each Girl Loyal

Make them FEEL special + Treat them almost like shit.

With these girls you have to make them “feel” special while treating them just on the other side of the line from complete shit (It’s unfortunate, but treating them well is thought of as weakness and you’ll lose her interest or she’ll find someone else that uses that formula).  You do this by maintaining and even increasing your perceived higher value by keeping your frame and not playing in to her shit tests and you let her know that there’s “something” you find attractive about her without getting specific so that her hamster (mind) is in constant wonder and hoping she doesn’t “lose” whatever it is that has you interested.  It’s good to flirt in front of her subtly and command the attention of other girls.  You put her in an atmosphere of “push/pull”.  When you’re away you are emotionally distant, when she is alone with you, you make her feel as though she is the only girl in the world.

In the cases with these girls, tell them about themselves, talk about the nature of sluts as though you don’t consider her one.  Talk about their motivations, why they need male attention, why it’s so pathetic etc.  She will try and prove she’s not like other girls (child psychology).

Let them know you expect them not to let another man near them on no uncertain terms.  Have them believe you have a godlike power to know if anyone has touched them and make sure they know that you will be turned off and find her repulsive if that happens.  Don’t say something like “if you are with someone else, I’m gone”  That will frame it as a challenge.  If you frame it in terms of  her losing her “special something” or attractiveness, she will stay loyal longer since that’s what they hold to be the most important (it ties in with her need for validation).

All women really want, is to feel feminine and special.  When you manhandle her, move her around the way you want sexually, grab her in public in a sexual way, she feels both wanted (feminine) and special.  This is the nature of sluts.

People are animals,the idea that somehow women don’t respond to a dominant male personality the way other female animals do in the wild is some intellectualized bullshit myth.

When she throws a tantrum call it that and tell her she’s cute.  I will sometimes pick them up, throw them on the bed and start tickling them or pinching their ass.  I’ll bite their nose and ears and faces like I’m playing with my pet.  I’ll pin them down and wrestle with them while sticking my tongue in their nose or biting their toes.  I’ll have them laughing and begging me to stop and I just keep going.  The more invasive you get the better.  I’ll pretend I’m eating their face “nom nom nom nom”.  They’re incredulous but they LOVE it.

They have never been treated like this before in their adult life but you are going to make them feel like little girls again.  Your dominance over them will make them feel like you dominate everything around you (and you should be able to).  Get in their head, push the boundaries of their comfort zones.  THIS makes them feel special.

Be like a father figure with them, discipline them as you would a child.  When she acts up, give her a stern look and tell her to “knock it off or I’ll send you home”.

These girl’s see things through the prism of their father when relating to men, be the father she wished she had.