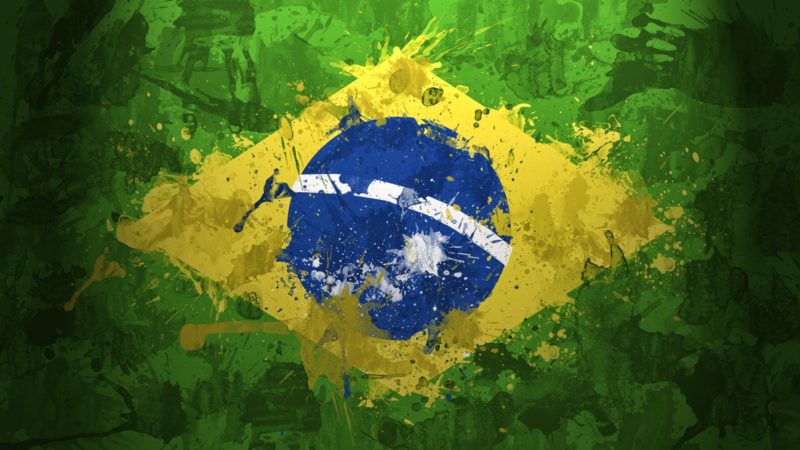 I got back to Brazil and since I’m all about re-bangs this month, I figured this was a perfect opportunity to do an experiment. I was here six months ago and I had a pretty awesome time; I met a lot of cool and sexy girls. Now I’ve been away for almost half a year and I decided to hit up some of these girls again.

I’ve barely made any effort to stay in touch with them. I only initiated texting with two or three girls. But if they’d contact me first, I’d chat with them for a while or send them some pictures.

I’ll briefly discuss a few interactions, how I met them and how the connection turned out to be after all this time.

(Ps: these are not their real names, I just took them randomly from the top 20 Brazilian girl names)

This is the Samba dancer I met right before the Carnaval. I haven’t stayed in contact with her; she has gone completely cold. Below freezing point even, she removed me from her social media when I checked. She was a bit of gold digger, I think she’s got a gringo boyfriend currently.

A cutie and one of my first Tinder dates in Rio. We had a great vibe and did some trips together. I never contacted her but she would send me a message occasionally to see how I was doing. I sent her again and the contact is still solid as a rock. However, she’s got a boyfriend now. She initially gave a token objection but immediately changed her mind and agreed to meet up. I’m going to see her next week.

Another Tinder girl. I only saw her one time. It was great sex but she lived far from the centre. I just didn’t have enough time to see her again. I never sent her a single message during the last half year. But when I sent her last week, she cleared her schedule to come see me that same night. Re-banged and still as good as I remember. I’m going to make more time for her this trip.

This is my SDL (same day lay) girl from the actual Carnaval. I met her at the end of one of the evening parties (bloco). She was with two gay friends. We talked for about five minutes and then I took her to a nearby love hotel. She was wearing a sexy Carnaval outfit, which she only partly took off.

I never did any effort to stay in touch with her. She contacted me once out of the blue saying she wanted me back in Brazil. I figured the contact would be good enough but she was lukewarm when I hit her up. I proposed to meet but she couldn’t and she didn’t counter-propose: Soft next.

A really sweet girl I met during Carnaval. She had the sexiest voice ever. A good girl, she was really looking for a serious relationship so things didn’t work out between us. We stopped the contact but 1 month ago she suddenly added me on her social media. She was very eager about me coming back.

But when I sent her earlier this week, she had gone 100% cold. She told me she found a boyfriend, she didn’t flirt back at all. Good girl. And good for her boyfriend!

Another Carnaval girl. I only banged her once and never contacted her again, but we we were friends on social media. The moment she found out that I was back in Rio, she contacted me and asked to see me again. I accidentally ran into her the other day on the beach (Rio can be small) and I’ll be seeing her next week.

I liked Larissa, we had a lot of fun. Very sexy and naughty, but definitely not a good girl. She once brought over a sexy lingerie set as a surprise, very delicate and very expensive looking; way over her budget. I later figured out she was getting these as gifts from gringos.

She’d like to pretend to be a good innocent girl and act jealous about my other girls. It entertaining to see her trying to play her games. She’s very young, I’m sure she’ll get better at it. We stayed in contact for a while, but the connection faded. I didn’t even tell her I was back. She figured it out on her own; I got an angry message last night, asking why I didn’t tell her.

Rafaela is one of the first Brazilian girls I met, even before I was there. I pipelined her from home, before going to Rio. I must have been her “unicorn” because there was zero game required. She was a fan of me instantly. She isn’t even from Rio, she lives in another town, but she instantly made plans to visit me when I would arrive.

She actually followed through on it and she came for a weekend with her friend. We hooked up and had a great time. We only stayed in touch occasionally but the contact was always solid. This time however, she suddenly went cold. It could be that she’s found a boyfriend in the meantime.

A crazy party girl I met in Rio. She was a lot of fun to hang out with and we’d visit some tourist stuff together. She spoke perfect english, which was a welcome change of pace. I could interact a bit more fluently than my crappy Portuguese. We lost contact though along the way and now when I checked she’s not living in Brazil anymore. She’s currently living with a gringo boyfriend somewhere in Europe.

One of my favourite girls from last time. She was as “Brazilian” as you can imagine: Big butt, small boobs, thong tan-lines burnt into her skin. I met her during the Carnaval and later took her on a date on Ipanema beach. She was a lot of fun, I saw her multiple times. The last time I saw her however, she found a bikini of another girl in my apartment. She did not like that at all. We stayed in contact sporadically, but it was never the same again after. She’s now gone completely cold, she didn’t reply to my message anymore. You win some, you lose some.

Then there are other girls, but the stories are similar: Some have boyfriends, some have moved to another city, some I didn’t want to see again myself.

With these girls it could have been a completely different story if I would have arrived one week earlier or one week later.