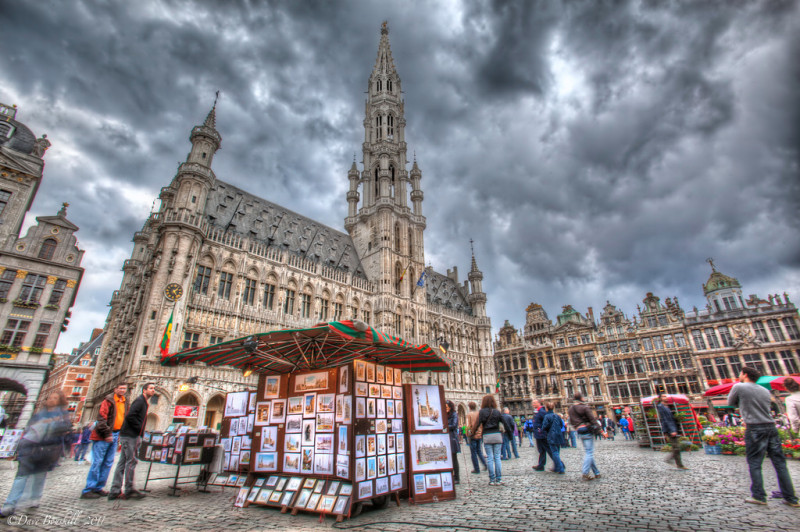 THC and 20Nation in Brussels, Belgium. Good for women?

My next article will be an epic story where THC visits me in Poland. It was a great time and everything went so well, but writing that article reminded me that I am only publishing the stories where everything goes well, I’m not talking about the places we go to where we don’t and that could be just as important. So, now I will tell you guys about our meetup in Brussels, Belgium; home to the best tasting beer in the world.

I have spent some time in Brussels, Belgium because it is a very convenient location to fly into from Latin America. It’s the capital of the European Union and has an absolutely beautiful main square (by far the best I have ever seen). It’s a great place to visit, but is it great for women? This weekend story of THC and I should sum up that answer real quick.

I had just came from the Dominican Republic. The cold was shocking after spending the entire winter in a tropical country. I took the bus from the airport to where I would be staying.

When I arrived to the hotel, there THC was waiting for me with our traditional celebration beer, Duvel. We drank a few beers and caught up. We talked about old and future adventures together and laughed at all the funny stories and crazy things we had done together. Then, THC brought out something else… some THC 😉 or weed.

We smoked and laughed and had just a chill time together. It was a relaxed first night of friends catching up. It was a good start because the next night we would be hitting a club.

We slept in and got up in the afternoon to go and look for some food. THC knows the city better than me and knew where some great places were. We saw some sites and then we went to a very famous bar in Brussels called Delirium. This place was an awesome bar with over 3000 types of beer, all in their different beer glasses.

THC knows his beer very well, so he was picking out beers for us to try. Slowly we are on the road to getting drunk. Then, I ended up talking to two girls close by. They were Argentinian and I switched to Spanish. THC came back and took the other girl.

Everything went OK. THC’s girl was quite into him, but she was leaving Brussels very soon. He got her number for the possibility of a future meetup.

Then, it was back to the hotel. We were already feeling quite good from all the beer at Delirium, but we kept drinking in preparation for the clubbing we would do.

When it was time to go tho the club, we brought with us a particularly nice party drug. We got to the club and took the party drug and got a beer. Just like that, THC was gone talking to a girl… that’s my boy.

I started to feel the affects of the drug and started doing some approaches. The music, chilling with THC and approaching girls all were such a great combination. It made for an excellent night.

The problem was with t he approaches. I would end up fucking them all up. At the end of the night I had no numbers, but honestly, it was still a great night.

We called it a night and headed home. It was one of the worst nights I had ever had (in terms of girls) in a club, but, for some reason, I still felt it was one of my favorite nights out. Just having an adventure with a friend.

Is Brussels, Belgium good for women

We woke up the next day and reflected on Belgium. THC has spent some time and Belgium and agreed with me that it’s a terrible place for women. The women are westernized and not very attractive. In my experience they are the worst of any country I have been to in Europe (I’ve never been to UK). So my advice to  you is not to be afraid to visit Brussels because the center is beautiful, but I would never recommend staying here for long because the women are simply not good.

This trip was another reminder that you don’t always have to get laid to have a great time. It was another amazing adventure with one of my best friends in the world, but the next time we met up… things didn’t go so bad in the lady department.  This next meetup will be my next article on STW so… check back in soon.