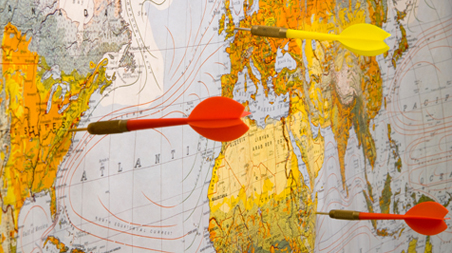 Should You Go To Thailand or the Philippines?

For the male traveler interested in swooping Asian girls, the two top destinations are without a doubt Thailand and the Philippines. But which one is the best? In this post I will compare both and discuss the pros and cons of each of these oriental paradises.

I lived for months in both cities and each have their charm. It’s really hard to say one is better than the other one, it will come down to personal preference. I recommend to visit both, but if you have to pick one, I hope this post will inform you to make the right choice.

The land of the smiles. Thailand really embraced tourism and it’s easy to travel and easy on the budget. It’s definitely the most “Asian” of the two. Thailand has a strong national identity and culture, which makes it unique and exotic to live. But the cultural differences could be a double edged sword as well.

There truly isn’t another city as crazy as Bangkok. Think about the movie “Hangover 2”. You can get into all kinds of crazy adventure every single day of the week, every single moment of the day.

You can get a lot of value for you dollars in Thailand. This is also why it’s so popular for backpackers. You can find cheap hotels and cheap food. The biggest part of your budget will probably be booze. Bangkok is the most expensive Thai city to live in Thailand and even there it’s cheap compared to other big Asian cities.

Thailand is world famous for it’s excellent cuisine. The food is delicious and cheap and even the street food tastes amazing. The only downside it’s low protein and high carb, but this is the case for all Asian food.

There are a LOT of grey zone prostitutes in Thailand. A lot of Thai girls see foreigners as walking ATM’s. Luckily this is mostly concentrated in the nightlife and depends on where you go out (e.g. Sukhumvit, Nana, Asok). Good girls can be found online (Tinder & Thaifriendly.com) and with day game; but note that day game is a lot more challenging than in the Philippines.

(p.s. Cebu in the Phils has the same issue)

What makes Thailand unique is also what can make it off-putting. The cultural differences should not be underestimated. A lot of Thai people are pretty close minded, believing Thailand is the centre of the universe; e.g. every white person is a “farang” (foreigner) from “foreigner-land”.

Also there’s a language barrier. The level of english is generally not great, so you’ll run into some communication problems. Don’t expect to pick up the language. It’s a tonal language with a complicated writing system so you would need to put in a LOT of effort to even get the basics down.

Hard to get the hiso girls

The regular girls are really easy in Thailand but it’s a lot harder to break into the top tier: the HISO girls (high society). Because there so much sex tourism, the hiso girls are reluctant to date foreigners; they fear being associated with the gringo hunting girls who date tourists. This makes it more challenging for you as a traveler to get into that crowd without some social proof  (like Thai friends).

This is much less of an issue in countries like the Philippines (or even less so in Indonesia).

The official slogan of the country is “It’s more fun in the Philippines”. It’s an amazing country with beautiful nature and an abundance of fun, cute girls. There are plenty of travel activities to do, volcanos, rice fields, exotic beaches, etc.

Some people think the Philippines is a dangerous country to visit. This is totally not the case. There are some troubles with muslims, but this is only in one particular area in the south and can be easily avoided.

Compared to Thailand the level of english spoken in the Philippines is excellent. There’s no need to learn Tagalog as most people speak perfect english; with an adorable accent. You’ll notice they’ll switch back and forth between Tagalog and english when talking amongst friends. There’s practically no language barrier.

Pinoys are much more worldly and open-minded than Thai people. Manila will feel less like an Asian city. They are very pro Western / American culture. For example, you’ll hear english soft-pop/rock songs everywhere you go.

Because they are more open minded,, if you do learn some phrases or words in Tagalog, it will be greatly appreciated. Unlike Thailand, where it’s an actual expression “Pood mak roo mak” (if you speak the language, you’ll know too much).

The Philippines is one of the countries where you get the most exotic value being a foreigner. It’s only beaten by Indonesia in this regard. As a foreigner you enjoy instant higher status, especially in the 2nd tier cities. This makes it great for day game. I did an day game experiment with 20Nation in a second tier city where we would just walk up to girls, talk for 1 minute and give our number. We would get up to 90% response rates! Hard to beat that.

Less to do in Manila

Manila is not as crazy and entertaining as Bangkok. There isn’t that much to do or visit really. My first impression on Manilla was horrible btw. I stayed in the wrong part of town and I thought it was an absolute shit hole.

There are huge differences between different areas of the city. You need to  do some research before you go and get to know how to approach the city to appreciate it. Limit yourself to the high end areas Makati and Fort Bonifacio.

There’s nightlife but the scene is smaller and it more focussed on the weekends. It’s possible to party on Tuesday / Wednesday but you’ll have less options. Manila is a 10 million people city but there’s a big gap between poor and rich so the nightlife scene feels closer to 1-2 million city city.

A lot of AVERAGE girls

There are really stunning Pinays. They often win the Miss Universe for a reason. But the top of the pyramid is small in the Philippines. There’s just an overload of sixes and sevens. They are extremely easy to seduce. When you want the better quality, you will have to go to the high end clubs and malls.

But while the percentage of hot girls is small, they are more accessible than their Thai counterparts.

Life in Manila is more expensive than Bangkok. It’s less touristy so there are less options for the budget traveler. While prices for apartments really drop for longer stays (1-3 months), this makes it more pricey for shorter trips.

The food is bad

Pinoys are not known for their foods and with reason. The food is crappy. It’s really difficult to find some tasty food in the Phils. There are good Western restaurants but they come at a price. If you want cheap and good food,  the best option you have is to go to a chicken place and buy a whole roasted chicken or to cook yourself.

Go to the Philippines

Did you already go to one of these places or both? What was your experience? Which one was your favourite?