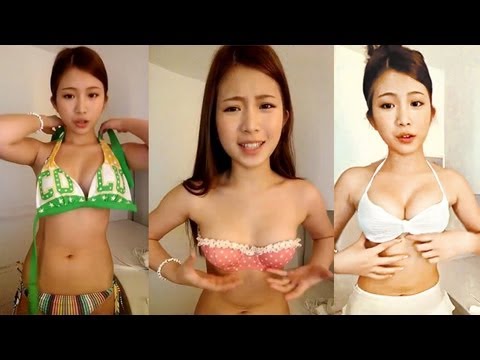 Taipei, Taiwan: Hidden Gem or Right Where it Should Be? – Guest Post

A lot of great cities and countries have been talked about on this website, and now more than ever, guys are always looking for the next new hotness. Some have argued that in northern Asia, Taipei goes under the radar compared to bigger cities in the region such as Tokyo, Seoul, Shanghai, and Hong Kong.

Taipei holds a special place in my heart as my personal gateway to Asia and the first major city in the continent I’ve ever traveled to. With multiple trips there under my belt, I thought the question of if it’s a hidden gem deserved to be explored.

Let’s talk about some of the most noticeable things in the city and the girls in them.

It’s no secret that the main language spoken in Taipei and all of Taiwan in Mandarin. Through the rest of the country, it is the be-all, end-all language that you need to know. Like most countries, English is rarely spoken outside the biggest international hub, but in Taipei, it is much easier to find girls that speak at least some English.

Since I don’t speak Mandarin, I was forced to find local girls that could speak English. Luckily, this is very possible to find in Taipei, being the international hub of the country. In cities like Kaohsiung, Taichung, and Hualien, it can be much more difficult to find girls to speak decent English. But in Taipei, they cater more to foreigners with by far the biggest foreigner presence in the country, and girls there are more likely to be university educated that grew up with English lessons.

This is arguably the biggest pro to Taipei. I’ve been to bigger international hubs such as New York City and Tokyo, but I consider Taipei to have the easiest public transportation in the world for a traveler to follow, particular by train. Every station has the entire station map pictured in their station, very clearly outlined by color line with names of the stations in both Mandarin and English. Best of all, it lives up to the Asian stereotype of punctuality, with trains coming in within a minute of their scheduled arrival. Good luck getting that in Manhattan.

Bearing this in mind, your best bet if you have the money is to find a hotel or Airbnb on the Bannan Line (blue line on the map). These will usually run you about $40-50 a night. I stayed within five minutes of Taipei Main Station during my first visit and then within a block of the Zhongxiao Dunhua stop on a future visit. Both made my life so much easier traveling around to other parts of the city for dates, tourist stops, and nightlife. Best of all, rides usually cost no more than $1-2 and now, they have trains that go directly to the airport.

This is where things get a little interesting. I personally find the nightlife to be a bit lacking compared to other major cities I have visited such as Tokyo, Manila, and New Orleans. When you’re there, you will notice that this city does not really have the party vibe that the places I mentioned above do. On top of that, not to throw shade at the locals, but I find the Taiwanese to be the worst I’ve seen at holding their liquor. Not in an aggressive way like in some other cultures, but more in the sense that you see people walking out of a club at 4 a.m. practically falling over very easily from being drunk. I couldn’t help but think that these people wouldn’t fair well if you stuck them in Manila or the wrong parts of Tokyo or New Orleans in the same circumstances.

With that said, there are pros to the nightlife. For a more first world civilized city, it has some of the more affordable options you will find for a night out drinking. One cool thing about the city is that a lot of places charge an entry fee up front to get in, but that fee gives you unlimited drinks for the night. These places usually charge $25-30 to get in but that’s the only money you will pay. Great for those that can handle their liquor. It will be a bit weaker than other places, but the deal is hard to beat.

Some places I’ve been to that fit the above are Babe 18, which is good if you’re looking for university girls and backpacker/English teacher foreigners, and Box, which is a bit lower class but nothing compared to the third world and they will give you a special experience if you’re a western tourist venturing out to their club. A higher class option with girls in sexier dresses is Omni. Just be prepared to pay a $30 entry fee there (comes with two free drinks last I heard). The only downside to that club is that it’s more of a table environment, which I’m personally not a fan of.

One thing you should know before going into Taiwan in general is their relationship with mainland China. It seems to be tense even from an outsider perspective. Without fail, every local I talked to either had a neutral opinion on mainlanders at best or one of disdain at worst. Taiwanese are not the most nationalistic people, especially when you think about stories you hear about say South Koreans, but they are prideful of the society they have built and the culture they have attained moreso on their own.

Granted, there’s still a lot of mainland influence, considering China technically considers Taiwan part of their country and most locals speak Mandarin, but Taiwanese do take things from other cultures such as Japan and America. If you’re on a date with a Taiwanese girl, just don’t ever compare them to a mainlander.

One funny story in my experience is that the first date I ever went on with a local girl in Taipei, we spent almost an hour people watching in one of the main tourist areas. She pointed out the mainlanders immediately to me without any insinuation on my end. She went on to make fun of the clothes they wear, the attitude they have as tourists, and the way they behave all in one swoop (see what I did there).

Being a rookie at the time with limited knowledge on dynamics between the two countries, what happened above was a bit of a blindside to me, but I decided to keep frame by not throwing them under the bus and basically stayed neutral to inter-country tension I had no involvement in. I ended up getting the lay.

One thing western travelers seem to be cautious of is how they are represented in the countries that they go to. The truth is, Taiwanese are overall friendly and courteous to an extent. They treat others with courtesy and respect for the most part, but truthfully, there may be more of a stigma for western foreigners than meets the eye.

One example of this is a couple of times when I went out for a casual meal. I’m not one that dresses up every time I go out for a meal solo, so as a white guy traveling in foreign land, one thing I noticed was that Taiwanese sometimes assume you are a naïve tourist that has absolutely no awareness of their culture. On the surface, this doesn’t sound bad, but once in a while it can be insulting like when you want to go to a restaurant by yourself and when you dress casually for it, a waitress automatically gives you a list of instructions on how to use chopsticks before you tell them what to order.

This applies towards the girls too. One girl I took on a date to a budget friendly local noodle shop in the city. After the meal, the girl confided to me that she wasn’t used to westerners being so open to local restaurants and that she had other guys take her to a more western friendly place like McDonald’s. Again, this was my first time in Asia, but my natural instinct was to take a local girl to a local restaurant, particularly because the food was something I couldn’t get at home.

The truth is, there is a bit of a stigma towards westerners here are naïve tourists or bum English teachers. It’s not bad to be a two week traveler or teacher on their own, but try to actively avoid the negative stereotypes that go along with it and treat the place you’re in with respect and awareness. There are plenty of successful guys that overcome both, including the main writers of this very website.

This leads to the main question, is Taipei a good city to travel to for girls? The answer varies truthfully. For a two week tourist, there are definitely better places to explore. I’d personally lean towards the Southeast Asia region for that. However, Taipei can be one of the better cities in Asia to settle in long term with decent girls available.

For the women, you tend to know what you’re getting with the norm being petite 6’s and very few overweight women and/or feminists to contradict that. In essence, the women tend to be consistent. However, game is a bit more important in this city because there’s less age gap relationships or ones based on money or white god factor compared to other Asian countries.

But, if you want to come to this city and put in the work to assimilate, learn the language, and break western stigmas, Taipei can be an incredibly convenient place to make a home base and get valuable work done while getting decent quality women.

To read more about my adventures in Taipei and other parts of Asia, click here to see my book.