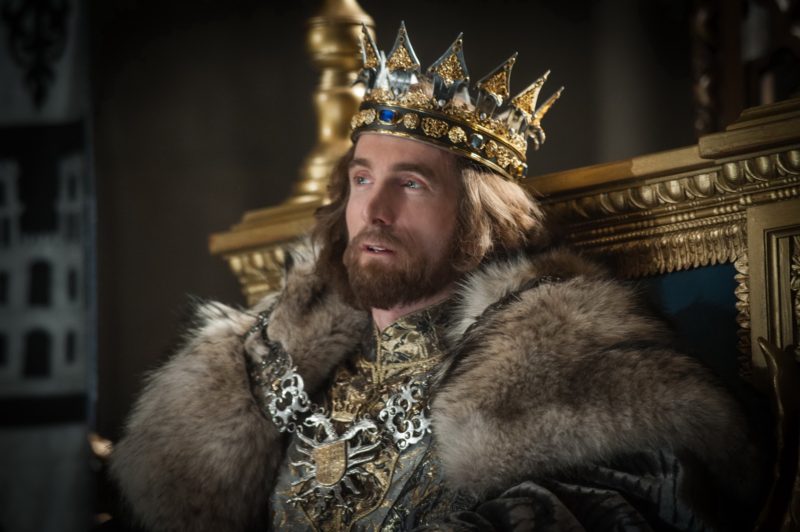 Why Us Seduction World Travelers Are Kings of the World I have lived this lifestyle of traveling the world and chasing girls for over 6 years now. Before I started this lifestyle, I thought I had a good life… but I had no idea how much better it could be. I have thought about this a lot and I don’t think there is a better way for a single guy to live in this day and age than the life of a world traveling playboy. This is… why seduction world travelers (like myself, THC and many readers of this website) are the current kings of the world (and possibly, the universe).

Us World Travelers get Famous Treatment in Many Countries

THC and I just traveled to India. While there, we would get approached constantly by people wanting to talk to us. People would stop and stare and snap pictures of us and sometimes dozens of people would gather around us and talking to us would become an event. This is just one of the countries where travelers can get celebrity treatment, I’ve also got similar or better treatment in a half dozen other countries. It is comparable to the treatment of some celebrities (depending on their level of fame) and it has taught me that I don’t want to be famous.

Being constantly bothered by strangers is not fun. It’s only fun when that stranger is super hot, which doesn’t happen nearly as often as the weird strangers bother you (same is true for big time celebrities, the super hot girls aren’t the types who show up to the celeb events or stop famous people in the street, it’s usually the weirder people). But, the only reason I now know I don’t want to be famous is because I am a world traveler and have gotten this treatment.

We Get to Live as Rich Men on Little Money

Most of us reading this website are either from a first world country or from a poorer country, but make a decent income. This means, when we travel to some of the pussy paradises of the world, our money goes VERY FAR. Half a year ago I was in Ukraine and on less than 1000$, I was living like a genuine rich guy. I lived in a famous building, in a huge, brand new apartment, with a maid, Russian tutors, ate at all the best restaurants in the city and never had to worry about money. I felt like a king of the world.

Most of the places that Swoop recommends readers to travel, us Westerners can live very nice lives there.

Check out some cheap countries to live in this list.

We Get to See the World for What it Is

We live in the age of propaganda. We are constantly fed propaganda from our government, X political party and X elite. All of the big media companies in the world are owned by X rich man who has his own agenda to push. After world war 2, we were taught how powerful propaganda is. That is why you can’t get the truth anywhere these days unless… you go and see it for yourself. By traveling and going to the source, you will get an unfiltered version of the truth and you can make your own decisions.

You also get perspective on the world and begin to understand it. As a traveler you are constantly being blitzed with new information. You begin to see how different cultures do different things and see what ways are better. This type of perspective is also something that can put you ahead of your peers in things related to business and politics.

We Are Modern Day Explorers

Nobody had a more adventurous life than the explorers of old. Now, we live in a time where every corner of the earth has been explored. So the next step is us, we who get to live a new adventure in a new  country every month or even week. The explorers of old never got to see even a fraction of what is possible for us to see today.

It helps us become men

It’s no secret that every generation becomes more and more pussy. Want proof? Just look at your grandfather. A life of adventure, women and travel will help any of us become a real man, not the sorry excuse you see portrayed as a man in the new Disney movies. As a traveler we face and overcome obstacles, obstacles that make us better and higher value men. There isn’t a better way to build character, than challenging yourself on the other side of the world.

You may be wondering “20, wouldn’t living such an exciting life make your life shorter?” These days, the answer is no, but I don’t need data to support this argument and here is why: As seduction world travelers, we live rich and  interesting lives, full of new experiences. Before I started traveling, I was studying in University. My life felt like the movie “Groundhog day”, where I basically lived the same day, over and over again. As a side effect, my life during this time basically flew by. Before I knew it, I had been in University for a couple years.

Then, I started traveling. Every day was new and excited. Looking back over these years traveling, it feels like a lifetime. It doesn’t feel like my 20’s have flown by, it feels like I have lived lifetimes during this decade. It’s because I was constantly being exposed to new things in new places with new people. I have more interesting memories than 99% of guys in nursing homes. If I decided to stay in USA, I would be looking back right now, wondering where the time had gone and a much less interesting guy.

That is why, us world travelers live longer lives than all other men.

Seduction World Travelers Vs. The Men of the World

The next part of this article will focus on comparing our lifestyles to the rest of the men of the world, first I will compare us to normal men, then to the men who are considered to have the best lives.

The average man is a modern day slave. He has no freedom, he is chained to his desk and his repetitive job. He is a wage slave and would never be able to drop everything and do whatever it is he wants to do. If I want, I can fly to Russia tomorrow. There is no boss to tell me not to. The only thing I need to take care of, is money. Luckily, we live in a world where money is obtainable in many different ways. As a seduction world traveler, you can easily sleep with 100 times more women than the average man if you so choose.

Now I will do a comparison with Kings of Old. Part of this comparison is a tribute to the advancement of civilization. Kings of Old, died at very young ages (bad health care), didn’t eat near as good of meals as us, didn’t have access to the entertainment we had, couldn’t travel or see the world like us (month long journies). Depending on which place they were a king of, they may even sleep with less women than us. Although, admittedly, they wouldn’t have to put in as much as us for the lay. But putting in the work is what helps us appreciate it (I don’t like it when I’m in a place that’s too easy for too long).

Justin Beiber (probably most wanted man in the world by young women) having enough of the famous lifestyle:

Like the rock star, the famous athlete get’s laid a ton. But I could argue that with our lifestyles we could do something similar. And, the upside to our lifestyle, is that we aren’t tied down to one place. A famous athlete could get traded to a completely shit city and be forced to live there. They don’t have the freedom we have. And, as I mentioned earlier, we can also experience a similar level of fame.

Celebrity actors (from Hollywood especially) are recognized in every corner of the world. In some ways this is awesome, but in other ways this sucks. They make a lot of money, which is the biggest plus, but does that really translate to quality? Look at Arnie, arguably the biggest action star of all time, he is famous and ends up sleeping with this: Are their sex lives really that much better than ours? Not to mention, cheating becomes 100 times harder to keep on the down low when you are famous.

Now, while there are guys like Fidel Castro, who, women-wise, had it about as good as it can get (slept with over 35,000 women). Most politicians don’t have great lives. While they end up rich because most of them are corrupt, the love-side of their lives is pretty shitty. We only need to look at past president of the United States Bill Clinton (most would say the President of the United States is the most powerful man in the world) to see a good example. Bill Clinton, while he was the most powerful man in the world, slept with this: I can guarantee you, the quality you can get as a seduction world traveler is 10x higher. We Are the Modern Day Kings of the World

Now only, is the lifestyle of the seduction world traveler much easier to obtain than the other high value positions of the world; you could even argue it’s a better lifestyle. If we get our money in order (making a location independent income) we are as free as a man can be. If you aren’t living the life we promote here on Swoop The World, you should start living it now. I took my first big trip on a school loan and it was the best decision of my life. Don’t wait any longer, claim your crown.

I have written 9 books about everything related to the seduction world traveler lifestyle, it is filled with everything you need to live this lifestyle. The book package is on sale now for 60% off, click here to learn more. If you are interested in a one on one Skype session, e-mail me at SwoopTheWorld@gmail.com