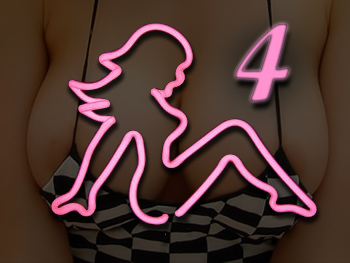 Disclaimer: The contents of this post should be considered fiction and for entertainment purposes only. No illegal activities were actually done by myself.

I was dealing drugs.  But before I get I to that, I should say a few things; first, I believe adults should be allowed to do as they wish as long as they aren’t hurting anyone other than themselves.  If someone wants to engage in drugs and alcohol, that is their choice.  I don’t have any moral qualms about this.  Second, I will not sell anything out of the club, that means after hours meet ups.  Some other guy was here before me dealing shitty coke and all sorts of crap and he was fired and banned.  That is not my worry, rather I just don’t find it professional to do that and I think it’s disrespectful on top.

The stuff I sold is called Moonrock Molly.  It is the Walter White/Breaking Bad version of MDMA.  If you google it, it is almost like an urban legend, with few people having actually acquired it and most of it fake and nothing but cut junk.  This stuff is 96% pure MDMA, and when I tried it myself it was amazing.

To reiterate a few points, my buddy Derrick who I’ve trained with for years in MMA was a bodyguard for a big time music producer and then Derrick became friends with one of the stars he produces.  We’ll call this star Boingo.  Derrick befriended Boingo’s dealer and things took off from there.

Unless you have worked in a strip club, it’s hard to convey all the bullshit these girls start with each other and sometimes the rest of the staff.

It’s like the sopranos in here only with bitches.

A girl named Barbie, who is from South America showed up one day and the whole place almost melted down because if her.

The first night I met her she was flirting hardcore and I flirted back.  I was open to fucking her at this point but then later that night, the owner snatched her up and she wound up hanging out with him all night before going back to his place where she planned on staying.

No big deal as she tipped me well and I have enough stuff on my hands. Plus, other girls were wanting to bang so “easy come easy go”.

At this point I was just selling stuff to my friends and acquaintances that I’d made and was just interested in keeping a low profile.

The next night Barbie came in and the owner wasn’t around.  This bitch had concluded that she was untouchable and got into it with the DJ and almost every other girl in the place.  It was like chaos, and she was yelling and screaming in that annoying Latina pissed off accent before my buddy Jack said “screw this” and fired her.

She then made a big damn show about leaving and took all her shit and walked out in front of everyone and said she was going across town to our competitors place, letting customers know along the way.

At this point the owner still liked her so she called and whined to him and was back in the club the next day wearing a self satisfied smirk.

None of the girls were happy about this but before long, Barbie had 3 cronies following her around like she was a goddess.

Everyone felt like she was untouchable and that they would be fired if they crossed her path.

Don, the owner, got tired of her after about a week and said “Fisto, how about you take her off my hands.”

When I heard this I knew he really wanted to be rid of her, and while she and I still continued to flirt, I also knew that if I took him up in his proposition, he would soon forget it was his idea because she would try and make him regret pumping and dumping her.

I also sensed this was a bit of a test and I just said “No Don, that’s all you, I want no part of that!”

Barbie liked me and when I’d go into the dressing room she’d flirt with me in front of other girls and tell me openly she wanted my cock.

I’d just laugh it off and continue doing my thing.  I had the “alpha” bitch of the club riding my jock and so her antics didn’t bother me that much.

On occasion when I didn’t bartend, I work the VIP room where guys get dances.  Barbie was known for breaking the rules and letting guys fondle her and once, when one of our new guys told her to knock it off, she flipped out on him and rewrote history saying that these guys were only brushing by her leg.

To give you an idea of this broad’s vitriolic spirit she was still bitching about this same thing to anyone that would listen 5 days later and telling me when I was back in the VIP room that she was going to stab him if he said something to her again. She was going on and on about how she’s not a hooker and makes so much money she’d never do that and how dare he call her a hooker (he never did) and blah blah blah.

I laughed and did my usual calm down routine by baiting and switching topics and before long she was sitting there telling me to feel how soft her skin is on her legs.

I did it and said “yep very soft”.

She then started talking about drugs and partying and needing to get fucked. She told me she likes cocaine and I told her I didn’t care for it. When I’ve been in coke I never feel content, I just want more.  I hate that feeling.

I told her I prefer Molly. This proved to be a big mistake.

A few days later one of our big customers called me at about 3am.  He said he was with Barbie earlier after we were closed (turns out she IS a hooker when it suits her) and couldn’t find his wallet. I didn’t have this girls number in my phone so I looked it up in the office and called her. I didn’t personally think she would steal this guys wallet, but I did think one of her cronies would if they had the chance.

I knew how temperamental she was, even to me and so I delicately said something along the lines of “If you can find it or if it turns up let me know.”

This psychotic bitch turned that into an accusation and wouldn’t speak to me the next day saying again, how much money she makes, and she doesn’t need to steal, and on and on.

Now I was on her shit list and she was telling anyone that would listen that she was going to have Don fire me. Unbeknownst to her, Don and Jack were both fed up with her shit and Don gave the OK to get rid of her for good.

My sales after work were going up big time.  I was making good money and I was keeping clear of any trouble, still just hooking up people I knew.  A few times I had some nervous moments but they soon passed and I was all good.

The next night Jack brought Barbie into the office to fire her because of all the damn turmoil shed been causing.  I was smiling inside.  I couldn’t wait to get the play by play and hear about how pissed she was. When jacked walked out looking white as a ghost, I got a not in my stomach.

He pulled me aside and told me she had claimed I tried to sell to her (I didn’t) and that I touched her inappropriately (the brushing of the legs). I was pissed off and I felt helpless.

We all know that accusations from women are enough to sink men in the US and this girl was crazy enough to follow through with her threats. I didn’t need the heat from either accusation so we hatched the plan to tell her not to come back after she left from her vacation.

This girl lost her shit when she found out she wasn’t allowed back.

I was a little disappointed at first because I wanted the satisfaction of seeing her her meltdown but this came pretty damn close.  I can’t tell you how many times she called me a motherfucker in the span of a few minutes before I hung up with a smile.

Don got a bunch of texts and accusations about me but he just said “Jack is the boss” and hung up.

Finally this cunt was gone and it was like a whole new place without her.  The two cronies she left behind couldn’t believe the reign of Barbie was over, mainly because she kept calling and telling them she was coming back still.  Her little henchmen even came to me separately saying things like “when Barbie gets back, I just want you to know that we hope you will be cool with each other…” And then I said “let me just stop you right there, Barbie is gone” and then I walked off.

That night a nice little occurrence happened, remember, on top of Barbie’s drama all the regular drama was still happening. Jack had flown home an so it was my responsibility to sort things out.  Two girls that had come into town together were having a feud that had turned into a bitter dispute that was ending their friendship.  The result is that one didn’t want to stay with the other anymore and needed a place to live.  Being the thoughtful gentleman I am, I offered jack’s room to the cute little blonde with short hair and tattoos for her last night in town.

My Asian waitress had already mentioned how much she didn’t like how this little blonde flirted with me and we all know that kind of jealousy is the best aphrodisiac.

It was really great.  What sucked was having to hear these to girls talk while on MDMA afterwards.  Let me just spare you the details but feel free to add in the most vapid conversation ever filled with improbable lies by the stripper with the Asian girl Sandie believing every word in her induced state. The Moonrock Molly business was good but it also carried a lot of stress that was building up.  I decided I wanted to get rid of it with one big sale.

Which of course was more stress.  A lot more.