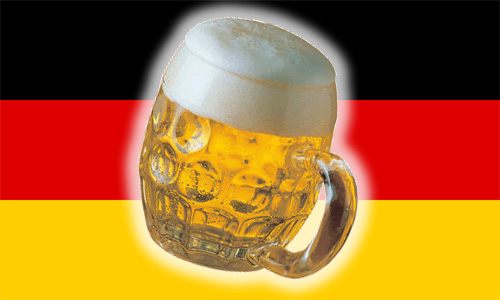 A short post today about another city trip. Inspired by the fun trip to London, Smooth Operator and I decided to go to Germany: Eins, zwei, drei, Munich Flashback!

As usual we try to keep things on a budget so we took a hotel where we both shared one room. Shitty logistics but lighter on the wallet. Anyway, we were confident we would manage around the bad logistics one way or another as we usually do.

By sheer coincidence another friend was in Munich as well with his work buddies that weekend. So our first night we decided we would all go out together.

I forgot the name of the area but there were a bunch of clubs clustered together and it was quite lively. First thing to notice that the girls are considerably hotter than their London competition. The various clubs played different music but mostly electronic.

As per usual after 10 minutes Smooth Operator and I had lost everybody and were lone wolfing the clubs. Making out with girls and giving high fives when meeting your friends again. Especially Smooth Operator was in the game that night. It seemed every time I ran into him he was dancing or making out with a different girl. Or maybe I was drunk. Probably both.

Our friend’s work buddies however didn’t appreciate our debaucheries and were getting upset with us. Oh rly?

Unfortunately we didn’t get any girls home that night so again, as in London, the next day would be hit or miss!

Final Night: Up or Down Under?

As we walk into a random pub near our hotel I see two girls sitting at the bar by themselves. I sit next to them and start a conversation. They’re two Australian girls and had just arrived in Munich as well. One was really cute, the other one was… hmmm… a grenade.

Before I go on, I have to give some props to Smooth Operator. It would have been easy to blow this up and go on another wild goose hunt for the “perfect set” of “two equally cute girls” but these girls were all over us and were giving serious IOI’s (Indicators Of Interest).

We discuss momentarily in our common language (so the girls don’t understand) the game plan and invent a credit system on the spot. Since I opened the set he’ll take the friend for the team and doing so he would earn “grenade-credits”. The credits can buy back “grenade jumping” favors from me, should it ever be required in the future. And boy, did he get value for money on those credits! (but that’s a story for another time, lol)

The four of us go for dinner together and the vibe is really well: These girls are down. We overplay our knowledge of the city a bit and say we know a great club but that we should get some drinks together before we go at our hotel.

So now we’re back at the hotel with both girls drinking vodka. Of course we never made it to the club. After some token drinks together we each have our girl on our respective bed and we’re making out.

I remember the situation very vividly (unfortunately): I was making out with my under the covers so that we’d have some privacy. I didn’t want to go to sexual straight away was escalating slowly, increasing the make out intensity step by step. I was assuming Smooth Operator was doing the same on his side of the room when suddenly I hear a squeaking sound. I take a look from under my covers and see Smooth Operator’s white ass pumping away like a maniac.

You can say what you want but if Smooth Operator is on board, he’s on board wholeheartedly. Fuck, I’m way behind now! Okay, no point beating around the bush here and get to the point as well. I take my girls cloths off and bang her as well.

When we’re done banging our girls Smooth Operator and I exchange a mental high five and the girls were a bit awkwardly hiding their nakedness from each other under the covers. My girl was pretty cute so I wouldn’t mind a second go but on the other hand I also didn’t want to get in too much grenade debit with Smooth Operator. So when he started to gesture “oh my, would you look at the time”, I rolled with it at got the girls out.

When the girls left, Smooth Operator and I went for a final celebratory beer.

“Why didn’t we go for the Golden Switch actually?” and we burst out laughing.
“You better get ready for those Grenade-credits!” he said, as we both continued laughing.

An awesome trip that yet again demonstrates the value of friends being on the same page!