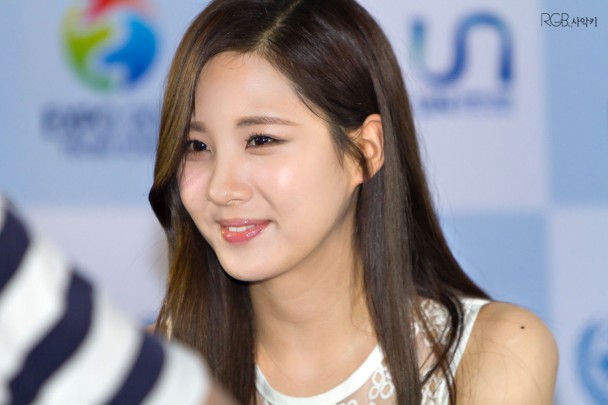 Innocence is a Weapon and the Thai Girl We All Banged

Fisto is coming to the Dominican Republic so the 3 writers of Swoop the World will all be in one place. To commemorate this momentous meetup, I would like to talk about a special Thai girl, one that all of us know… too well.

She appeared to be an ordinary Thai girl that I met online. She seemed sweet, almost innocent in her demeanor. She seemed like a good girl… up until the moment she agreed to come straight to my hotel room without webcamming or making a decent connection. As a guy who has met a lot of girls online, this is a flag for slut or for a girl with some type of problem that makes her desperate.

It was my first night in Thailand and I cancelled on her because of the red flag and because I wanted to go out and see the city. I spent the day with Scotian and his African girl he had in Bangkok. At the end of the night Scotian and his girl headed back to his hotel and I was left without on my first day in Thailand. How would I get my golden touchdown?

I called the innocent looking girl from online and yes… she was still down for coming straight to my hotel room. When I got to my hotel she was waiting outside for me. We went up to my room and two minutes later she was completely naked. I got my Thai flag, within 24 hours of landing so it was a golden touchdown.

Wow, out of the millions of people that visited Thailand every year, she had also banged Fisto… It’s amazing the kind of shit girls hide behind their innocent faces. I learned that lesson when I installed a key logger on my computer years ago (Which you can read about in The Key Logger: A forbidden Glimpse Into The True Nature of Women) and here I learned it again.

It turns out, the same thing she had done to Fisto at another time. This is a girl that could never be loyal and here she was asking for a loyal relationship.

Because of the Key Logger I knew that girls almost always lie about how many guys they have had sex with, and this girl was sure to take it to the next level. So I made her a deal: I didn’t want to discourage her from the truth, so I admitted that I had been with “a lot” to try to help her tell me the truth. 12 was so ridiculously low for this girl, it caught me off guard. I was expecting something like 40 because of the saying by Stifler from  American Pie:

When a girl tells you how many guys she’s slept with, multiply it by three and that’s the real number. Didn’t you fuckers learn anything in college?

The crazy thing is how accurate that statement really is.

I called her out on it, telling her there is no way. It almost angered me, because I had it in my head that she had hit triple digits. Then, for her to say a number so low. I mentioned how I knew she banged Fisto, and she didn’t let up, she kept up the facade.

She went into a whole story about how my friend is like me and she likes that type of guy.

I was hanging out in THC’s apartment at the time so I showed him the conversation.

Wait a minute, I banged that girl too.

LOL! Now I definitely couldn’t believe that this girl was telling me the truth.

This girl had banged the only 3 writers of SwoopTheWorld.com and she hooked up with all of us in three different times of the year. Within 9 months this girl had been fucked by all three of us, each one about 3 months after the other. What are the chances? After hearing this news,  I immediately called her out on it.

She never changed her number, citing all sorts of reasons why she had only slept with 12 guys in her life. She had met all three of us online and there is a ridiculous amount of other white tourists on there looking for some tale. So, of course I didn’t believe her and it made me start thinking why all girls lie so whole-heartedly about their notch count. Innocence is a Weapon

Women have certain instincts ingrained into them. One of those most powerful instincts is to appear innocent and weak. For at least thousand of years, innocence has been a powerful tool for survival and social advancement.

Why innocence is a weapon

Innocence is a weapon because it gives them power over men. When a man sees an innocent virgin it does one of many things:

1. It awakens his protective instinct.

2. It makes him attracted because innocence is feminine and femininity is naturally attractive to men.

3. It makes him believe that since she has been loyal all her life, she will be loyal to him.

Being innocent turns a normal girl into a potential relationship prospect, one a guy will probably spend a lot of resources on.

Above is the motivation for women to lie about being innocent. When a woman knows that by appearing innocent she has a much better chance of getting what she wants from a man, she seems to choose that over the truth almost every time.

Even if it’s deceptive, nature has made the greatest actors of all in women.

Why don’t girls just BE innocent

Instead of having to lie about it, why don’t girls just be more innocent? Well, a hundred years ago that was much easier. Thanks to smart phones and Feminist culture, things like innocence are no longer seen as the ultimate virtue in a woman.

However, just because culture has changed, doesn’t mean that men’s hardwired attraction to innocence has. Girls know this and they are fighting an internal battle with themselves. Unfortunately the culture is usually what ends up winning that battle.

Western women today ignore the voice inside them saying to protect their innocence and plunge head first thinking they “are just like men”.  They wonder why no guy wants them for more than a pump and dump and still wonder why they need a prescribed medication just to be happy. I’ll tell you why, because you have tried to change who you really are.