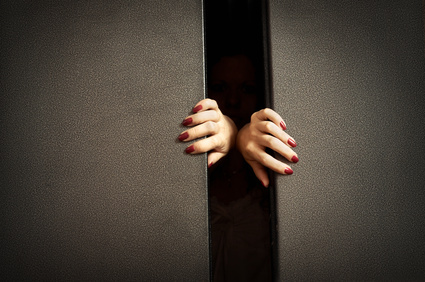 The Roadhouse Chronicles are continuing but I’m taking a break.  I’ve bought a first class ticket to the DR and I’m headed to meet my comrades 20Nation and THC!  I will now celebrate the impending legendary stories to come with a Flashback from my first bang after I arrived……

It was my first time in the DR.  I had not traveled overseas in years and I was on my way to meet two guys from RVF forum that I’d never seen in person.  El Mechanico and Aliblahbah.  Both legends.  What ensued was on of the best two weeks of my life and what awakened in me the true red pill.  I had to make a life that would get me out of the states.  Below is a flashback to my first lay, after 2 days of dates and nothing….

Ali had met some cute ass latina girl and she comes and meets him at the hotel. Mechanico shows up with The Driver (worth every penny). I have been blowing off other girls because I am, for better or worse, zeroed in on this chick called Deyania. My phone situation was bad, I was still sorting things out (something that would become a pattern on my trips, in this case my iPhone wouldn’t work), so I was messaging this girl on Skype IM from my laptop outside at the hotel bar. I’m drinking coconut water and coffee and trying to get this chick to commit to a time and a place.

Every other sentence from this girl is conflicting and it’s pissing me off.  She’s saying things like, “Let’s meet at your hotel”, “I don’t want to meet at your hotel. Tell me another place”, “I know you don’t know any place but tell me where you want to go”; Shit like that.

Mechanico has The Driver call her and we all decide to go bounce over and meet her. She’s with the same friend from the night before plus two other girls with boyfriends who are total hating faggots. I’m wearing the White Linen Blazer of Freedom and The Black Sneakers of Destruction. She is super pumped to see me. Mechanico (against my advice) decides he likes her friend. I warn him that the girl is the planet that the guy Eddie from the previous night is orbiting around.  I just know Eddie is going to appear.

Mechanico suggests we go and gamble and separates the girls from the other two couples. Eddie as if on cue, materializes out of thin air and insists the girls ride with him. I hop in with them to keep the vibe going.

We get to the casino and I pull out a few thousand pesos. Mechanico’s game is to give these girls some pesos to play with on the roulette table, drink for free, and then we progress as usual. They both have never gambled and at first are shy but then start to get into it, and then they really get into it. My girl is starting to act weird again. I become a little irritated by her lack of affection and Mechanico tells me to chill out so I do. We then go to this outside cafe and order a damn feast. Mechanico is convinced Eddie is trolling us and I’d have to agree. Eddie is in love with this other girl and he’s probably talking out of both sides of his mouth since now that I think about it, around the time he showed up is when my girl stopped being affectionate.

We finish eating and by the time we are done my girl is being sweet again and feeding me bites from her dish and asking me to kiss her. We go back to the casino and my girl says “Let’s go home”. I say hold on because I feel I should clear in with Mechanico. I mean let’s face it, jumping in with a carload of people we don’t know in a place like this isn’t the safest move.  He is concerned and basically tells me if I get the sense I’m going into a bad neighborhood then I better just go apeshit and destroy everything. I assure him that I will and then he also tells me that it makes no sense for me to go back to her place when I have a room. I tell him that she wants to go there because she’s comfortable. He asks me if I did that last night. I say yes, and then he says “How’d that work out?”.

SO on the way back, I just tell her I want to go to my place and if she wants to see me she can come too. We get to my hotel and she says she’ll walk me up but only stay for five minutes. We get in the elevator and the thing FUCKING BREAKS. It’s stuck. I try to pry the door open and break it off the rails a little making the situation WORSE. Someone trys to use it and the doors try to shut the rest of the way and the elevator shakes and moves and this awful grinding noise happens and the lights go out. The girl is FREAKING OUT. I grab her and pull her to me and start kissing her. She is overwhelmed with fear and all of her guard is down because I’m being strong and I appear to be unafraid. In reality I’m a little worried the fucking cable is going to snap and that we’re going to plummet 5 floors to our untimely deaths but I keep kissing her and rubbing her pussy through her jeans. I know it’s just a matter of time until they get this thing open (possibly a LONG matter of time considering how slow these people move). It’s hot as hell in the elevator but that’s playing into the whole vibe. I tell her “yo neccesito tu” while we are kissing. She’s crazy for it, she’s rubbing my dick. Finally some guy pries the door open just enough where I can lift her over the most narrow part and through the opening. The guy is telling me “no don’t do that” but I just pick her up and set her outside and then I climb through too.

She’s freaking out because her friends took off.  We were in there for at least 20 minutes. She didn’t take her phone because I think she really planned on only staying a few minutes. I tell her that it’s not her fault. She did just get unintentionally stuck in and elevator. And let’s face it, there’s not much better plausible deniability.

We go back to the room and have crazy raw dog sex. I fucked her about 7 times and her pussy is unbelievably wet. I mean almost gushing. Her body is perfect. Her tits are amazing. Her face is a little strange to me. It goes from looking pretty to not but Patron and Don Cojones (two other forum members) can verify that the body is sick.

Anyway, got the Dominican Flag out of the way with a girl I really wanted to bang on the 2nd night. Now I can settle in and start smashing these other girls.