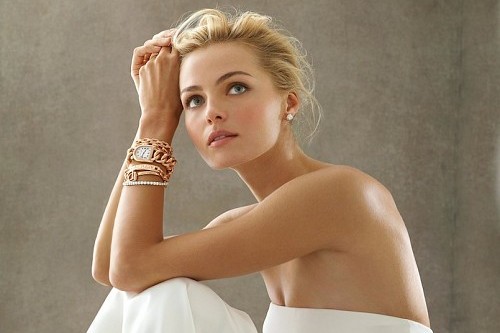 When dating a russian woman, you have no choice but to act as a man. You just have to be masculine. You have to be solid.

And it serves you not only to attract women, but in many other areas of your life.

In this article, I’m going to share with you 8 key points to have in mind when interacting with a russian woman you want to bed (or with russian women in general).

So pay attention, that could help you a lot 😉

Russian women are well known to be quite feminine. And feminine women react pretty well to a masculine vibe. In other words to a strong vibe. To a solid vibe.

And honestly, it makes things quite simple and easy. Because you just need to be a man. And when you’ve taken the time to develop your masculinity and to become a strong man, attracting russian women seems like a breeze.

So the first thing to understand to attract a russian woman (or any other feminine woman, actually) is to make sure to give off a strong vibe:

Simply put, be the boss.

Some will even encourage you to do so and will reprimand you if you don’t (that’s why I love those women so much, they force you to be more solid).

So take the lead. Always be leading. It is you who must initiate the movement and take the interaction to the next level.

I think you get it.

In fact, it’s not much different than the way you should do things with any other girl. The difference is that a russian woman will expect you to lead and might even find you strange (or weak) if you don’t.

3. Don’t be ashamed of your desires

Don’t be a pussy who’s ashamed of his desires.

By making her feel that you find her attractive, you create intense sexual tension. The girl knows that something is going on between you and her. It turns her on.

And above all, the girl can feel your masculinity. She can feel the untamed beast inside you.

So express your desires as soon as you approach her.

Of course, I’m not telling you to act like a needy guy, but just to make her feel that you find her sexually attractive.

You can do this by paying her a compliment on the way she looks (on her sexy look, on her body, etc.), while remaining solid and maintaining a strong vibe. This can be as simple as that.

When I started to date russian girls, I would be too playful. I would tease them too much, like I would do with some westernized girls.

But the truth is that with a very feminine woman who’s looking for a masculine man, you don’t need to be that playful.

By being too much playful, you even appear strange. By teasing her too much, you might just look like a clown or like a strange guy who tries to prove himself.

In fact, when you’re too playful, you appear weak. You look like you lack solidity.

The solid guy don’t feel the need to be always playing. He remains in place.

I know that sounds mushy, but in Russia men are expected to bring flowers on a first date (in fact some guys even give girls flowers on numerous occasions, even if they are not dating them).

If you don’t bring flowers on a date in Russia, that’s bad.

And it’s actually a good thing. That’s the way it was in America and Western Europe before feminism started to destroy femininity (and masculinity as well).

You can afford to be romantic when you’re a solid guy.

In fact, that’s why girls loved romantic guys in the first place: back in time, they were too used to masculine men who would treat them like bitches and not giving a shit about them. When a man would be a bit romantic, he would stand out.

Again, just be the man.

Make her feel protected. Be in charge.

When you take her out in a bar or a coffee shop, pay the bill.

If you don’t, you will come off as rude or strange.

I always pay the bill when I take a girl on a date, no matter if she is from Eastern Europe or from the West. The difference is that in Russia, it’s mandatory: if you don’t you pay the bill on a date you come off as extremely rude or too much desinterested.

Again, be a gentleman. Be the man. Be the provider. While always remaining solid.

The solid guy remains in control.

When interacting with a russian woman, stay in control. Remain in control of your emotions, of your gesture, of the way you talk… She will find it incredibly attracting.

Because control is masculine. Control is what feminine women are looking for in a man, in order to get a reference point and to be able fully express their femininity.

Use this to solidify your game

Keep in mind those key points and put them into practice. This will help you better understand feminine nature and attract feminine women. 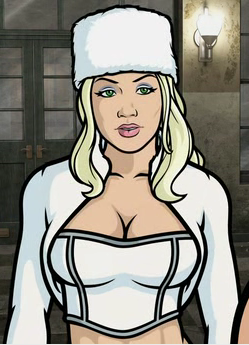 7 Myths about Russian girls: A guest post by David Clavell