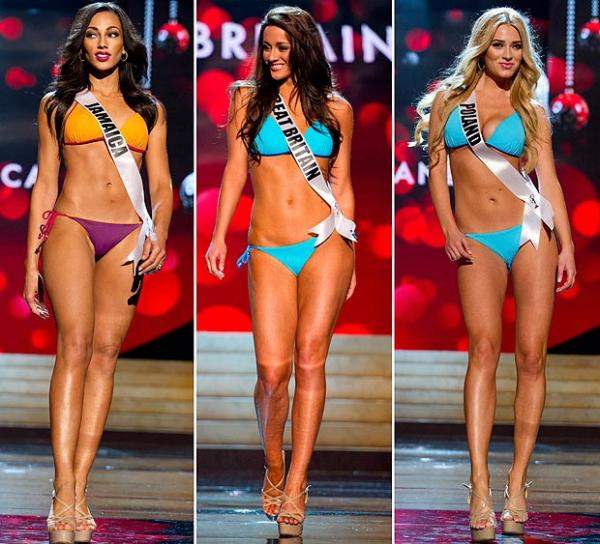 In this article I will be telling the story about dating a famous beauty queen for 6 months and teaching how you could do the same. I obviously can’t tell you which country and all the details because it would be pretty easy to figure out exactly who she is and anonymity is important here at Swoop The World. But I will say that she either got the crown, first runner up or second runner up at her country’s pageant to see who goes to the Miss Universe competition to represent their country and she was a well known model.

Here are the 7 things I learned from my experience from her that you can use to get a shot with a famous beauty queen:

Unless you are a billionaire or extremely famous, there just isn’t a way a girl like this will give you a shot if you don’t have game. When you have to compete with extremely rich and famous guys (I did), it’s not just show up and relying on your value. It’s about knowing how make her feel something when she’s with you (game).

I’ve written 6 books on the subject of game, so if you want to learn these from me you can get my book collection for 60% off now by clicking here (9 Books and an App in total).

You don’t run into girls like these every day, so just to find one of these girls in a normal setting can be very difficult. In that, you honestly need a bit of luck. The only thing you can do is prepare yourself to be ready for the moment when it arrives. I got lucky before this and ended sitting next to a Polish super model on a plane once. I got her contact info and ended up going on a date with her a few months later. I didn’t even get a kiss by the end of the date, but failing with her taught me a lot.

You aren’t going to find girls like this on Tinder and while you might run into one in a high class club, good luck holding her attention for more than a few minutes. Really, as has been said many times before, with some exceptions, the best girls you will meet you will meet day gaming. I’m not saying don’t online date, because (at least for me) it is by far the easiest way to get laid. But if you’re looking for a serious relationship, online dating is just not a good idea.

4)Being aloof in your messages

It was a couple months before I was in the same place as her again (She was traveling when I met her).  When I arrived, I immediately messaged her, but she didn’t seem that interested in meeting. She would respond to my messages anywhere from 1 to 7 days later. How did I respond? Did I get desperate? Hex naw! I went aloof right along with her. I was patient and made her wait to hear my responses as well. This wouldn’t have worked if I didn’t make a good first impression (which I did). After about a month of playing this game, I was finally able to get a date with her; our first date would be at a Starbucks.

5)Bring your A game to every date

When you are about to meet a famous beauty queen, you can’t exactly half ass it. You have to make sure to bring your A game to the date. For me that means a great pre-date routine. First, I make sure to get myself in a fun and attractive mood. To do this, I start thinking like that in my head (having little conversations with myself) and watch TV or movies that have these types of characters (read my complete list of these here).  The final thing I do, is think of a couple jokes to say (not clown jokes, but attractive ones) right off the bat. I have found that the first minute of the date sets the tone for the rest of the relationship. If I start it out fun and charming, the entire relationship usually goes that way. If I start it off sleepy and dull,  the relationship usually doesn’t last long.

This hits a couple of game principals, one being that you should always make the girl believe that you are slightly out of her league, the other being that you should treat a girl how she’s not used to being treated. A girl who is famous for her beauty has people impressed all the time, you can’t be one of those guys.

After my first date with her was solid (I made out with her, but nothing more), getting the next dates was pretty easy. But things got weird for me when on our second date (went to the cinema), some people recognized her and wanted pictures with her. I didn’t act impressed, I wasn’t really impressed because fame doesn’t really impress me (most famous people are actors and its just a job), but I was surprised, I didn’t realize before that she was so well known. It paid off and that night I was able to seal the deal and the beginning of a 6 month long relationship began.

I can’t complain, I enjoyed going out into the city with her. We got a couple free meals and entries into various places. One of the craziest things that happened was meeting a different girl and her actually talking about the girl I was dating and bragging about how “she knows somebody who is kind of friends with her.” At first the relationship was great. I could stare at her flawless face for hours. She went to the gym every day and had such a tight body, so sex was great. She didn’t have a great personality, but she was sweet and made up for it in other ways. Everything was good until about 5 and a half months from when I first slept with her.

Basically, she had a big pageant coming up and began to really focus on it. Instead of giving her space and upping my game to 100% level when you do meet (which is what you should do when a girl gets a little distant even if it’s because she’s busy), I did the opposite and got a bit intense. The worst part was, I knew exactly what I was doing, but the emotions I felt made me literally say to myself “I know I shouldn’t but this feeling sucks so bad, I would prefer to message her and have it go away and lose her, than to live with it and keep her.” One of those things that’s so easy to say you should do, but harder to pull off.

Me pushing while she was pulling away caused some big problems. In the end, I ended it with her, but it was because it was obviously already over. At times she was so aloof (she said she was just so focused on the pageant) that I just couldn’t logically forgive her because she was my girlfriend and that’s not how girlfriends act. When I ended it, she was OK with it, saying that she is having some issues and that maybe we could try again some day. But I knew that, as always, there was nobody to blame but myself. Why I lost the Famous Beauty Queen

I lost her for a variety of reasons. Towards the end I started getting comfortable and not gaming. I was focusing on other things and so I would rarely do much to game her. It was simply laziness and that can’t happen with a girl who is at the prime of her life and that hot/famous. Then, when I started feeling her slipping away, I responded in the worst way possible, with neediness (the random messages she would get from famous guys from her country didn’t help either). When I should have been relaxed and aloof and just spit mad game in the moments when we did meet (even during that time we were still meeting a couple times a week). As I write this, she’s dating a famous athlete from her country so I may not get another shot with her. But that’s the way the dating game goes.

Final note: I know some of you guys may have an idea of the country she’s from because of some of the things I have written before, if you do, I just ask you don’t write the country in the comments so we can keep her anonymous.