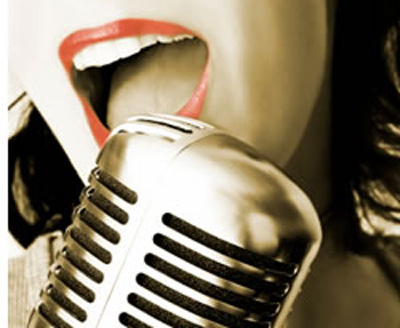 20Nation was exploring some second tier cities in the Philippines and he was having a great time in Cagayan de Oro (CDO), a city in Mindanao famous for its whitewater rafting and kayaking adventures. My visa was about to expire in Thailand, so I decided to visit him in CDO for my second trip to the Philippines.

One of his regular girls he knew from before was visiting him at that moment, she had flew in from Davao to spend a few days with him. A cute little girl, a little bit shy but very caring of him.

I arrived on a Friday so we decided to go out and party with the three of us.

I didn’t really pipeline, but I got one Cagayan de Oro girl’s number from DateInAsia, her name was Fay. While we’re having some drinks Fay sends me a text that’s she’s at a party nearby and that it’s pretty good. I tell her we’ll come over in a while.

“I want to smash the singer of that band”, I tell 20Nation. As I’m thinking how to approach the situation, Fay finds me and taps me on the shoulder.

I join her and her friends upstairs for a drink while I leave 20Nation and his girl to dance down stairs on the big dance floor in front of the stage. Her friends are the typical skinny Pinoy guys, they are friendly and don’t make any attempt to cockblock me. After the drink I grab Fay by her hand and take her to dance.

I meet 20Nation on the dance floor, he’s grinding with his girl. My girl is still a little bit more shy and keeps some distance while dancing. A lot of other girls are checking me out. When you go to second tier cities in the Philippines your exotic value is twice as high easily, so the moment Fay left for a second other girls literally jumped in to dance with me.

One of them was set on showing her not all Cagayan de Oro girls are shy and started some dirty dancing, grinding her ass on me. When Fay came back I gave her look like “Look, I can’t help this, these girls won’t leave me alone”.

I was doubting for a second to make a move on the new girl but I decided to stick with my girl Fay, she was acting a bit more shy but she had a “still waters run deep” kind of look in her eyes. I stop dancing with the new girl and take Fay’s hand again, this time she’s not taking the risk of losing me again; we immediately start making out and the dancing gets more sexual.

Now my value to her is through the roof:

“Every girl here wants you!” she screams in my ear over the music.

20Nation and me are the only two white guys in the club and we attract a lot of attention. I feel like a rock star and that I could get any girl in this club.

The band announces they are going to take a 5 minute break.

This is my moment, I decide to make a ballsy move.

Before the band could leave the stage, I move myself to the side of the dance floor, climb onto the stage, walk over to the lead singer who was about to leave backstage and tap her on the shoulder.

“Hey, I really like your band. What’s the name of your band?”

She reacts confused, but I remain unfazed and confident. I want to keep the interaction very short, all people on the dance floor and the people from the second floor are still facing the stage and I feel the whole club is watching me.

“Here”, I discretely give her a piece of paper with my number, “my name is THC, what’s your name?”

“Okay Diamond, send me text later and we can go for a drink”.

I walk off the stage back to 20Nation and the two girls. They couldn’t hear the conversation so I tell Fay “I just requested a song” while I wink at 20. He knew what went down.

Day 2 in Cagayan de Oro: Giving out your number

The next day head out with 20Nation to the local shopping mall. We are experimenting some more with handing out our numbers on a piece of paper after a short interaction. This is a great approach for CDO or any 2nd tier city where your value is really high. A lot of girls are actually intimidated when you approach them, if you ask for her number she might even say no because she doesn’t know how to react. This is an auto-pilot reaction , it doesn’t necessarily mean she’s not interested.

If you give her your number she has time to compose herself and then she realizes she’s actually lucky to have your number. From our experiment 9 out of 10 girls that we handed out our numbers to replied to us within a few hours of meeting them.

This example will show that even a horrible approach is better than no approach at all. I saw a young cutie walking in front of us, moreover she had something positive random for me. I really liked her, she was looking sexy and was wearing nice clothes. I speed up my walking to catch up with her but before I got close enough she had already walked into a coffee shop and was now in queue at the register.

A bad moment to approach but I say fuck it and walk in the coffee shop. The moment I tap her on the shoulder she was just paying her coffee at the register, what a bad timing.

She reacts confused and annoyed, but I give her the piece of paper with my number, she just replies: “Yeah, whatever!”, but she does accept the paper.

After the fun interactions from before this felt like a crash and burn. 20Nation had witnessed the interaction and we agreed it looked bad. I shrug it off, “you can’t win them all”, but 15 minutes later I get her text.

“Sorry for my reaction I was nervous. The girl from the coffee shop”.

Boom. This is why you  should not read the initial reaction as disinterest but as intimidation. I call her back; she’s still in the coffee shop so I join her and we have a laugh about her scared reaction. We agree to meet up later that night for a drink at 8 pm, conveniently near my hotel on Plaza Divisoria. I actually had a good time talking with her at the coffee shop so I was excited to see her that night.

I’ve been getting some more texts from unknown numbers and it was hard to keep track of them, I had no idea who I was texting with. It’s an inherent side effect of this approach where you give out your numbers. Then I get a text that I was definitely sure off who sent it:

Hi, it’s Diamond. How are you?

Yes. The singer. She sent.

We message a bit back and forth and I try to set up a date, but she’s playing hard to get and is being vague. In that short approach on stage I didn’t get to build much attraction so I knew it would be very easy to lose this girl if I came across as needy.

So I just stopped replying.

The silence works as a charm, later that night I get a new message from Diamond:

Okay, I can meet tonight

Shit, it was already 7 pm, looks like I’m double booked now. I hate to cancel on that sweet girl last moment but I had to take a shot at the singer. The poor girl asked my why I cancelled on her, I tell it’s work related. Diamond texts me she’s at the bar in front of my hotel so I walk down to meet her. We sit down and order some beers when I see another girl sitting at in the corner of my eye:

She had decided to show up at the date anyway. She was trying to hide her face because she saw I was there with another girl. Talk about a change in attitude, from “whatever” to showing up at the date even though I cancelled.

I tried to avoid eye contact at all cost not to make it more awkward. I had to focus on the price: Diamond.

The date goes well, we end up in my hotel room with another lame excuse, probably “let’s watch my travel pictures”. Like girls don’t know what’s going on *women eye roll*

There’s MASSIVE LMR, but I’m unstoppable. Push-pull, freeze-outs, caveman-romantic, I bust through it and get the lay.

I don’t have afterglow often anymore but that time I did.

What did we learn in Cagayan de Oro?