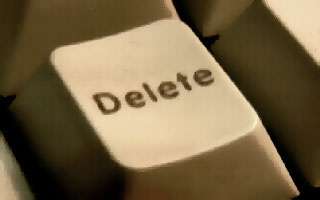 Last week I had a horrible bad date; the worst of my life even.

It got me thinking about my worst dating experiences. In my life I’ve been countless of dates, with hundreds of different women.

It’s not more than statistically accurate that I’ve covered the entire spectrum.

I met some of the most amazing women; other times the experience was neutral or forgettable; and a decent amount of dates were actually bad.

A handful however were horrible.

For your entertainment, I will share with you my personal top 10 of bad dates. The post is split up in two parts. This part covers the first 4 bad dates of my top ten. I guess it has happened to many men, to eventually run into a girl who doesn’t smell like roses down there.

I’ve been on the lucky side on this topic, except this time.

I met this girl at the club on a weekend trip in Eastern Europe. She was pretty attractive and cool. We couldn’t communicate much because of the language barrier, so it was mostly body language seducing; grinding, making out, etc.

At the end of the night, I take her home and we end up in the bedroom. As I take off her jeans, a funky smell already hit my nostrils.

Her panties were still on.

You have different types of pussy smell and different intensities. This wasn’t the good kind either way.

At first, since I’d come so far already, I decided to soldier through it. I put on a condom and started banging her missionary position; my head as far away from her pussy as possible. But after banging for a while, I could smell it even in this position. I can’t believe she didn’t notice it herself.

It had to stop, it was too much of a turn-off. I found an excuse why I wasn’t feeling well and kicked her out. It was the worst smelling pussy I ever encountered. Instant boner-killer. I’ve ran into my fair share of crazy girls. Each one of them deserves a place on this list, but I’m trying to keep it varied so I’ll pick just one.

Usually with crazy girls, you’ll get some red flags from the start and it’s up to you wether you ignore them and take the risk.

The stories she told me about herself made my eyebrows raise more with every other word she spoke.

I forgot a lot of it, but some gems I remember were that she had been engaged FOUR times; and that at one point in her life she got into a argument with her mom and she pulled a knife on her.

It doesn’t even matter wether these stories were true or wether she was inventing them. Both scenarios are almost equally disturbing.

I have no idea why she thought sharing this information was a good idea, but I’m glad she did. This is quite an embarrassing story and completely my own fault and not of the girl in question.

I’m sure everybody is aware of the concept of “beer goggles”.

Beer goggles: The phenomenon in which one’s consumption of alcohol makes physically unattractive persons appear beautiful; summed up by the phrase, “there are no ugly women at closing time”

I’ve discovered there is also something as MDMA goggles. Mixing alcohol and ecstasy apparently trigger some kind of unholy synergy in me.

It was beer goggles times one thousand.

I remember I was rolling hard and feeling great; I was all about love. I was dancing with this “cute girl” in the club and all was great and perfect in the world. When she was going home and I joined her.

This night is awesome!

In my mind, she looked great. I went with her to her place and we’re on her bed making out passionately. I was still high from the MDMA; everything I touched was feeling amazing.

I started banging her, but as we were banging, I suddenly started coming down from the MDMA and at the same time the alcohol started wearing off.

Slowly I was coming back to reality.

“Hmmm, there’s something kind of… off… here.”

It started sinking in that this girl wasn’t as attractive as I thought she was. The more the drugs and alcohol faded away from my system, the better I started processing the situation.

“This girl wasn’t unattractive. This girl is fucking ugly.”

The reality hit me hard, like a ton of bricks. It was like every minute she was losing a point in attractiveness. I had to get out of there fast.

This must have been really weird from her perspective; I just stopped mid sex, got dressed and ran home. If I would have forgotten my phone there, I would have bought a new one.

Bad Date #7: The Shortest Date Ever Online dating. It has its up and its downsides. I met some of my favourite girls through online dating. But I’ve also ran into some of the most #Awkward situations.

Like this date. A Colombian girl I met on Tinder.

Girls know (and apply) every trick in the book, to appear more attractive than they really are on their online profile. They find their perfect “selfie-angle”, they know what lighting to use, they are magicians with make-up etc.

For online dating, it’s a good rule of thumb to subtract 0,5 to one full point in looks, to manage your expectations.

Another best-practice is to add her on Facebook before you meet up in real life: They can’t “optimise” all of their pictures.

With this Colombian girl I had only talked on Tinder and Whatsapp. She looked good enough from her profile pics, I didn’t even worry about it.

But when she showed up on the date, she looked like she was closer to three points less attractive. Totally WNB (Would Not Bang).

I don’t even know how she did it. It was the same person as her profile pics, but the worst possible version of her. I was ashamed being seen with her in public. Especially with so much hotter girls walking by.

This “walk of shame” with an online girl has happened to me before. Usually I have at least one drink with them out of politeness. I didn’t have the patience this time.

I told her: “Look, you don’t look anything like your pictures. This isn’t going to work. Sorry, have a good night.”

Kind of rude perhaps. But IMO it’s on par or less rude than manipulating your dating profile pics. I wonder how often she gets away with this?

I need a break from fishing in the disposal of bad date memories.

Bad dates are a part of dating and a part life. At least they make for good stories. In part two I will cover the remaining bad dates. This was just a warmup; it will get worse. So stay tuned!