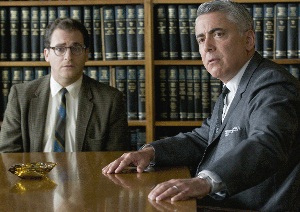 Six Guidelines to Avoid Losing Everything in a Divorce Six Guidelines to Avoid Losing Everything in a Divorce

Divorce rape is common these days. Every person reading this has heard of it happening and probably dozens of times. Even as a guy that travels to places where values are more tradition, I still see it (although I do see it quite a bit less than in the west.) Reader Kevin asked a question last week that led me to this topic:

“for those of us who want to expat to poosy paradise and get married and have kids- What can we do to protect ourselves from divorce rape or is divorce rape mainly an Anglosphere issue now?” – Kevin

That is the question that I hope to answer with these 6 guidelines to avoid losing everything in a divorce.

6. Whoever has less money, gains more power from a marriage

When you marry somebody who makes less money than you, you are giving that person a form of power over you that they never had before. You are agreeing to share half of everything you worked so hard for. There are pre-nups and other things that you can do, but an air tight pre-nup is hard to pull off and if she finds a good lawyer, it will be almost impossible not to take a loss.

What can we learn from this? Don’t be so worried about marrying somebody that makes more money than you (because you will actually gain power in the relationship after marriage), but be worried if she makes less than you. If your girl makes less than you, pay close attention to the next 5 guidelines.

5. Never marry a girl who you haven’t knocked up

If you are a believer in science, then the purpose of living is to survive and reproduce. If you are religious, then god said to multiply and replenish the earth. No matter how you look at it, having kids is a measure of your success as a human being.

If you are about to marry a girl and want to avoid losing everything, you should make sure that she has invested the greatest possible thing (kids) into the relationship. This will make her much less likely to stray and to take the marriage more seriously. I really believe you shouldn’t risk fucking up your life with somebody that isn’t taking care of your flesh and blood and legacy.

4. Never marry a girl who has been with over 4 partners, including you Take a look at that graph. It’s from a heritage study and it shows how big of a drop off in stable marriages there are when she has been with more than 4 partners. In fact, the biggest drop off comes after 1 partner (you). If you want the highest chance of not getting divorce raped, marry a virgin. However, I understand that it’s not always easy to find, so I will go with 4 partners. Never marry a girl that has had sex with over four guys.

If you want to see what girls who have been with multiple partners are like when they think nobody is looking, you should read my book: The Key Logger: A Forbidden Glimpse into the True Nature of Women.

3. Don’t think this you can’t be divorce raped

We all have made the mistake of thinking that a girl is more into us than she really is. Maybe it’s pride or confidence, but whatever it is, it can blind us. Don’t make the mistake of thinking that this can’t happen to you because “your game is too good” or because “she’s madly in love with you.” Let me show you why these are not good enough reasons.

When I was growing up my dad used to repeat random sayings to me. One of those, was the following:

No matter how good you are at something, there will always be somebody better

In my youth, I never really understood why he kept repeating that to me. Maybe it was partly to lower my arrogance (I could be cocky at times), but mostly I think the reason was something else. You won’t always be the best, so don’t bet everything on it. This applies very much to thinking you are so good with women that you can’t be divorce raped. Well, what happens when somebody shows up and seduces her who IS better? You think you are the best in the world? The statistical probability that the best in the world is reading this article is ridiculously low. Even if you were the best, you wouldn’t always be the best. The point is, somebody better can always come along, and you shouldn’t bet everything it won’t happen.

Another problem is that the emotions of women are constantly changing. Women don’t just love you unconditionally (maybe your mom, but I think even that has extreme conditions). Her attraction for you may be huge one day, then you fuck up ie. lose your job, become depressed, be too jealous, have a midlife crisis or all of the above. This can destroy all that love that she felt for you, then, what is stopping her from taking everything?

2. Before marrying a girl, take a bigger look at who has more to gain

You have all heard the stories of women who have used men for Visas, money or just a new life.  As a guy that has traveled through poorer areas of the world, I have seen these things countless times. To avoid this you should take a look at your girl. First, look at what she has to gain from marrying you, then, look at what you have from marrying her. Most likely, she will have more to gain. Which brings me to my #1 guideline.

My final guideline is simple, don’t get married. These days, co-habitation with kids is getting more and more common. You don’t have to bet half of everything you own on an unpredictable woman any more. All of the above guidelines are reasons why you shouldn’t get married, except for one. The one exception is that if the marriage helps you greatly in your career or money-wise. Otherwise, it’s never logically a good idea.

I know many of you reading Swoop The World DO want to get married one day. I’m not going to tell you straight up that you shouldn’t get married, that’s why I called these guidelines, but you should think long and hard if you are really willing to bet half of everything you worked for in your life on a woman that could end up hating you in 10 years time. That my friends, is called a bad bet.