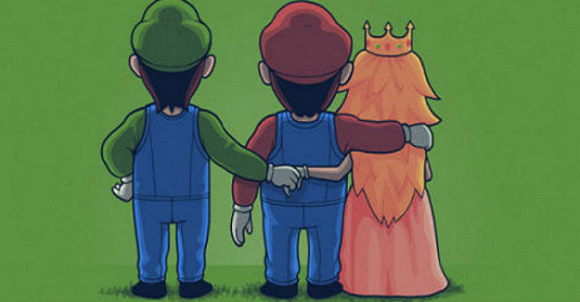 A Story About a Girl and Complete Betrayal

Sorry about the lag between posts. I just got to Eastern Ukraine (close to the war zone) and I have been doing some intense Russian studying. It’s an interesting place and you know there will be some future posts about it. Now back to the current article A Story About a Girl and Complete Betrayal

Not so long ago THC and I were sitting in a bar. We were just drinking. laughing and talking about past and future trips. There was a group of people next to us. They were foreigners made up of 3 guys and 2 girls. THC ended up talking to one of them.

I was pretty drunk at this point, but after some chatting with the group THC was with one of the girls and I was with the other. We drank more and next thing you know THC made an excuse to get some water and ended up disappearing with his girl.

I tried to get the other girl to go home with me, but she wanted me to continue with the other group to another bar. I joined and finally was able to get her to go outside with me, next thing you knew we were headed back to my place close by.

When I got back to my apartment I encountered some resistance. This was strange to me because this 18 year old foreign girl was obviously VERY into me. Everything she did showed it to me. So why was this girl who was so into me putting up this type of resistance?

At this point she was topless and on top of me. I entertained the idea of just giving up, but it had been a few days since I had been laid and I my hormones clouded my brain.

I continued kissing her and escalating. She had less and less clothes until I was able to get a blow job. I kept going, but it was clear she wouldn’t go any further.

“My family would kill me if I did anything. Like… seriously.” She would say.

The next morning I woke up and I was even hornier than the day before. I tried again. She accepted it.

I did the slow virgin taking sex that you have to do. A routine that I wish I didn’t know so well. Half way through I looked down at the bed and noticed she was a “cherry pop certified virgin”.

To be honest it was pretty sexy. This 18 year old girl was untouched by the world and I was the one making her a woman, just 10 hours after meeting her. She was obviously tight and I didn’t last too long.

I rolled off of her very satisfied and ready to see this girl again.

It was about then that I noticed her phone was blowing up with messages.

“Who keeps calling and messaging you?” I asked as she clicked ignore on her phone over and over again.

So… it turns out this girl had a boyfriend and… they had been together for 4 years. This guy was being a gentleman and waiting for sex. 4 years.

Now I could say how the guy was being a pussy by not pushing for sex (which he was), but that’s not the point of this post. The point is how cold hearted a girl can be to a guy she had dated for 4 years. It took only 12 hours for her betray him in the worst way possible.

Lucky for us men, not all women are like this. Unluckily… I would say most of them are in one way or another. Not necessarily that they would all do something this fucked up to their boyfriends. Denying their V-card for 4 years then handing it over while on a trip after 12 hours is pretty fucking cold. But most women have no sense of loyalty. These are the women that no man should ever start a serious relationship with.

Finding the right type of woman

There is the other type of girl, the loyal type. She exists and won’t betray you so easily to a higher value guy, but she’s hard to spot. The best way I would say to do it is to Key Log any girl you might want start a serious relationship with. The “shadiness” of invading her privacy is nothing compared to her taking you for all you are worth down the road.

As most of you know, I have written a book where I key logged 12 different girls. What I found in those Facebook messages was enough to instill a healthy dose of reality into any men. Check it out here or get my collection of books for 60% off here.

She wanted to keep seeing me again. Needless to say that’s not the type of girl I would ever date… so I treated her how she deserved to be treated.