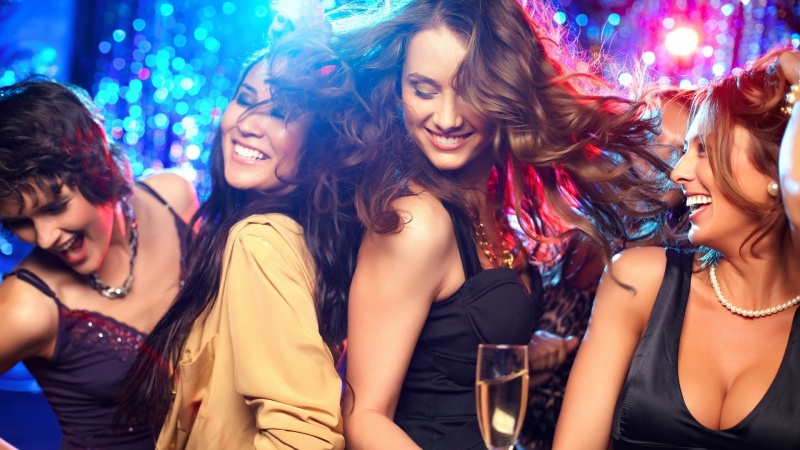 From Angels to Devils

The last two years of my life have been incredible. I had struggled trying to conform to a traditional lifestyle but finally I had made the decision to listen to my “real self”. I accepted that this “white picket fence”-life was not the path for me and embraced a new unconventional lifestyle: Traveling, adventure and women.

I’ve since traveled to many different countries around the world and met countless of amazing and exotic women; girls with personalities that cover the entire spectrum from angels to devils, from virgins to super sluts.

From each interaction I got something, I wrote about it in 10 Observations From Banging 100 Girls. Today I want to focus a bit on the different types of girls I met.

You can think of 100’s of ways to classify girls and still meet a new girl that doesn’t fit your taxonomy, so I decided to keep things simple: 5 types of girls ranked from angel to devil; and I do not necessarily mean from ‘good’ to ‘evil’ but rather from ‘behaved’ to ‘naughty’.

We start on the far left of this scale with… The virgin girl is the most angel-like girl you’ll meet. The fact that she’s a virgin doesn’t necessarily says something about her sex drive; if she’s very young she can either be high-drive or low-drive; though if she’s still a virgin in her twenties, she will more likely be a low-drive girl.

The down side of a virgin is that you’ll have to work a bit harder to close the deal and the first sex isn’t going to be enjoyable. It will be a painful experience for her and bloody towels will be involved. Moreover, since she won’t have any sexual experience yet you will have to initiate her; although I am surprised how fast some of them got better at it – it will really depend from girl to girl.

A virgin is the most likely to remain loyal to you and for a longer time. Once a girl has slept with several men, she’ll be more easily be tempted to seek variation and she will be more susceptible to male attention. But right now you are the only man for her, so she will be the most trustworthy and loyal girl you can meet.

Being her first you will always have a special connection with her, so be careful because it’s easy to break her heart. If I knew I was only interested in banging her once, I wouldn’t bother. All the virgins I met over the past year, I’m still in contact with to date and I intend to see each one again when I return to their respective countries. She’s not a virgin anymore but she’s hasn’t had many previous sexual partners. The sexual partners she did have were also her boyfriends. She is intrinsically well behaved and has strong traditional values regarding sex and relationships.

The good girl can be low to medium drive, it’s not usual that she’s very high drive, so maybe she’s not as adventurous as you might like. She’ll try to be naughty but it will be out of motivation just to please you and she won’t go all in.

However, she doesn’t require constant male attention and when she falls in love with a guy, she’ll commit to him. She will avoid any grey zones with other men. If you are looking for a Long Term Relationship (LTR), the Good Girls and the Virgins will be the pounds you want to fish in.

Even though the Virgin is most likely to be loyal, a legitimate Good Girl will still be trustworthy without too much concern on your behalf.

The Good Girl can be naive and have Disney-expectations from love and relationships. If you are seeing multiple girls, her strict values may make it harder for her to keep her in rotation. The Normal Girl is the most balanced. She has a good self esteem but doesn’t go to any extremes in any direction regarding sex drive. She knows the world and is less naive.

She has some sexual experience from several previous sexual partners, both ex-boyfriends and a few one night stands.

She enjoys the attention she gets from men, but she doesn’t actively seek it. It’s possible to keep her loyal but unlike the Good Girl, you’ll have to keep your guards up. She’ll make herself off-the-market for you, but she doesn’t see the harm in some ‘innocent flirting’ or keeping contacts going with a ‘male friend’, ‘colleague’ or ‘orbirter’. This leaves the door open for some grey zones with other men.

As long as she’s very attracted to you, you’re fine but you will have less margin for error with her. Frame control becomes more important and you have to put in effort to keep her attraction high. She can still be trustworthy but it’s not money in the bank.

The Normal Girl is great for having in rotation. I say “Party Girl” but it can be interpreted more generally. The party girl is  all about having fun and new experiences. She can be low self esteem (LSE) or high self esteem (HSE); low drive (LD) or high drive (HD); but generally she tends to be on one end of the extremes.

Unlike the Normal Girl, the Party Girl needs male attention and actively seeks it. The LSE Party girl needs it as a constant validation to herself that she is attractive; the HSE Party Girl because she is high drive and enjoys the variety.

She has had many previous sexual partners (she’ll lie about it) and is no stranger to one night stands and holiday lovers.

The Party Girl is usually a ton of fun and she’s very adventurous, but don’t count too much on her loyalty. She may be loyal to you but her loyalty has an expatriation date. Since she needs constant validation from men she will surround herself with orbiting guys that she continues to flirt with.

She loves playing with fire so even when she’s in love with you, she may cross the line sooner or later even if you didn’t make any mistakes; it’s just in her nature. The Freak has an off the charts high sex drive. She can detach sex from feelings and treats sex almost like a man does, so she has casual sex with anyone that’s she’s physically attracted to.

Everything is high intensity with the freak, the sex but also the drama. While she can be great fun, she doesn’t have a “normal” setting; normal is boring to her. It will always be a crazy ride of highs and lows. Your frame has to be solid because she will throw everything she has at it to shake it: You have to go in prepared.

You can trust the freak as far as you can throw her; accept her nature and the fact that you can’t change her. The freak will make you feel alive, so enjoy the ride and eject before you hit the lows.

It’s always important to realize what type of girl you are dealing with; each type of girls has it’s up and down sides. For a one night stand this will not affect you too much, but if you start seeing your girl regularly, you have to realize that you can’t change her fundamental nature. So treat her appropriately, adjust your expectations and enjoy each girl for what she offers!