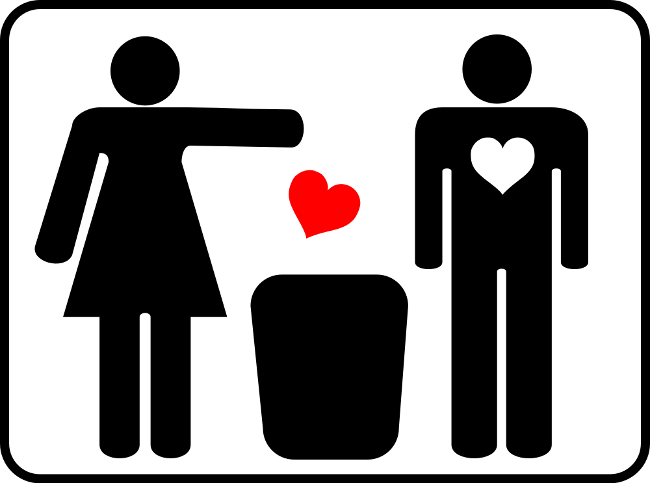 I have learned the hard way that, even outside of the West, telling a girl how pretty she is does nothing but harm. When I left USA and started traveling the world, I thought of gaming them as “Doing what feels natural.” I was telling them exactly what I thought (or saying things to be nice). This resulted in me telling girls how pretty they are… many times.

I had read in games books that it’s better not to compliment a girl, but I thought that it was just true in Western countries. At the time I never noticed the difference, but over the years I have started to notice a pattern.

She kept saying how handsome I was

I remember one girl in particular. She had a curvy body and a really pretty face. I was into her from the moment I saw her. Everything went smooth as I went through the process of seducing her. I looked at her and I saw amazing possibilities; I saw girlfriend potential.

The seduction went perfect and as I removed her clothing I realized I was right to think this girl had potential. She had a beautifully shaped ass and nice perky C cup tits. Wow.

Sex was amazing and the two of us laid in bed next to each other, feeling exhausted from some amazing sex. Then, she climbed on top of me, stared at my face and said

“Wow. You are so handsome.”

This wouldn’t have bothered me so much, but it was probably about the fifth time she said it. A strange thought entered my mind.

“Is something wrong with this girl that I am missing, why is she so impressed with my looks? I’m not that good looking.”

I pushed the thought aside as I looked at her big brown eyes.

Then, she said something similar.

“I feel so lucky to be with you, you handsome man.”

I should feel amazing getting these compliments right? Well… I was feeling amazing. Cocky as hell, in fact. But another thought crossed my mind

I looked at her again and this time I noticed a flaw I had never noticed before, slight acne. I started believing more and more that I WAS out of her league. I felt more cocky and my attraction for her nearly disappeared after a few more of her compliments.

It was at that point that I started to understand why you should be careful with compliments. But I thought that as long as you didn’t do them very often, it wouldn’t matter.

A body so sexy, how could I not compliment it?

I am currently in the Dominican Republic (tons of articles on Eastern Europe coming soon ;)). When I was here before I tore through this country, 31 girls in 25 days (read about it here). After doing that, nearly every single girl I slept with wanted to see me again. I was able to choose my favorite girls to start seeing more regularly. That was true… except for one.

I thought back on the interaction and I remember being absolutely stunned by how tight this girls body was. It was ridiculously sex, after hundreds of girls, I can tell you that she easily had the tightest body of any girl I have been with.

Then, I remembered how many times I complimented her on this and other things. In the moment, I was mesmerized by her tight body. This made me say multiple times, how attractive she was to me or how sexy she was.

I was never able to see her again. Now that I am back in DR, I tried to meet up with her again. She agreed and we set up a time. The time approached and I sent her a message to make sure the date was still on.

I sent another and realized that she was on Whatsapp, but just didn’t open my messages.

She flaked and she hasn’t messaged me since (happened about a week ago). I can tell you that things like this almost NEVER happen with a girl I have had sex with. But because I was going on and on about how attractive she was to me, I fucked up her attraction for me. She started to believe that she was out of this world attractive and that  she must be out of my league if I was making such a big deal out of it.

Implementing it in online dating

Since then, I have switched my style a bit and I never compliment a girl (until after sex and even then not very often). I used to ask girls to send me photos and out of politeness I would say something like “cute.” I won’t even do that anymore. Looking back, those things can do nothing but harm. I had been blinded by my successes and had kept up bad habits.

Since then, I have already noticed that I am able to keep the girls more interested up until our date (which lowers flake rate). Even when a girl compliments me, I haven’t been complimenting back. It’s over the top, especially being outside of the West. But times are changing and I realize that this is all just a part of human nature.

When I do compliment, here’s how I do it

Now, this is something I have been doing for a long time and to great affect. I use this especially in many relationships. It’s a powerful statement; the statement is:

If you ever want to tell a girl how attractive she is, always make sure there is a but in there. Find something small that they could change that would make them fully cute. This way, you are complimenting them, but not letting them get a big head.

What you should take away

I’m not saying never compliment a girl, what i’m saying is that when you do compliment her, make sure that soon you throw something in there to let her know that she isn’t a goddess in your eyes. The next time you are about to compliment a girl on how pretty she is, I want you to stop and think about how my attraction for the girl changed when she complimented me. Think to yourself “Does she feel i’m so far out of her league, that complimenting her would actually help me because she thinks I’m so far out of her league.” If that is not the case, then I would suggest either using a but after that, or just telling that complimenting thought to fuck off.